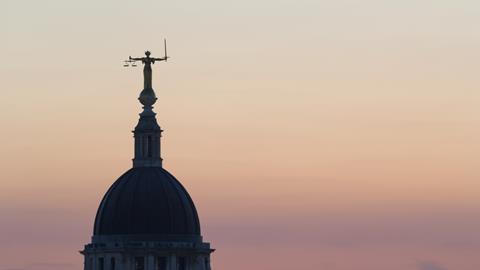 A leading chambers has warned the government that remaining goodwill from barristers is running at ‘dangerously low levels’.

HM Courts and Tribunals Service was planning to test late night courts this month in an effort to understand how to make the system more flexible for all users. However the pilot scheme is currently on hold pending the general election.

The pilot, in six courts over six months, will rely on the assistance of lawyers who have already been subject to public funding cuts and a flood of civil justice reforms in recent weeks.

In a statement released this month by Garden Court North Chambers, the Manchester set condemns the idea and warns that ministers should no longer rely on lawyers to toe the line.

‘The MoJ and HMCTS need to understand that the remaining goodwill of the bar on which the entire court service depends is running at dangerously low levels,’ the statement says. ‘Morale has never been lower at the publicly funded bar after years of cuts to fees together with rising expenditure, for example on electronic equipment as the courts have gone digital.

‘Barristers in Garden Court North Chambers are in no mood to co-operate with this scheme and we urge the MoJ and HMCTS to withdraw this pilot before it collapses in chaos.’

The chambers sets out a host of reasons for opposing late-night sittings, including the knock-on effect for preparing the next day’s cases, the impact on the family lives of barristers and the disproportionate effect on parents who take on the bulk of childcare in their families.

The Criminal Law Solicitors’ Association has already questioned how the late-night pilot was conceived and why defence practitioners were absent from discussions.

Under the scheme, Crown courts at Newcastle and Blackfriars will be open until 6pm, civil courts in Brentford and Manchester until 7pm and magistrates’ courts in Sheffield and Highbury, London, until 8.30pm.

A spokesperson for HM Courts and Tribunals Service has said: ’We are exploring flexible operating hours in six pilot courts to test how we can improve access to justice for everyone by making the service more convenient for working people. These pilots will help us understand how flexible hours affect all court users and will be fully evaluated before any decision is taken on rollout.’