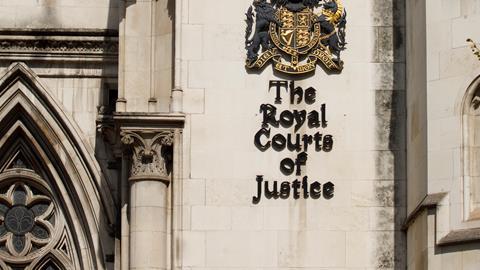 A client disputing their solicitors’ bills on the basis that a settlement agreement with another party should be set aside does not have to challenge them in the High Court, a costs judge has ruled.

Former clients’ challenges often ‘traverse a fine line between complaints about matters such as a failure to adhere to estimates on the one hand and being professionally negligent on the other’, Costs Judge Jason Rowley said in Jones v Richard Slade & Co.

But he added: ‘Since the advent of the so-called “costs wars” at the beginning of this century, allegations regarding retainer issues which potentially knock out the entire claim have regularly been dealt with in costs proceedings, both between the parties and between solicitor and client.

‘As such, I would suggest that matters which go to the heart of retainer are no longer a reliable indication of the sort of case which ought to be dealt with in the High Court.’

The case concerned a claimant, Lisa Jones, who was represented by London firm Richard Slade and Company in a claim against her late father’s estate, which was successfully mediated.

Jones sought an assessment of bills delivered in the sum of £22,090.01 under section 70 of the 1974 Act, arguing that she was ‘induced to compromise’ her claim on the basis that, if she did not do so, she would be ‘exposed to a rather greater costs liability’ from the firm.

Richard Slade applied to strike out that part of the claim, arguing that setting aside the compromise agreement was not a remedy ‘which is available in statutory detailed assessment proceedings’.

However, the firm’s application was dismissed by Rowley, who said: ‘Matters such as a breach of fiduciary duty are regularly being dealt with by costs judges and indeed district judges in district registries before sometimes being appealed to High Court judges and above.’

The judge added that ‘it does not seem to me to be obvious that an argument that a contract should be set aside should of itself ring alarm bells suggesting that proceedings ought to be dealt with in a Chancery Court via a different procedure’ than under section 70.

‘This is very much a case, in my view, where a number of judges in various courts could equally have been properly seised of the case,’ Rowley said.