The extended fixed costs regime has the potential to reward wealthy litigants who force opponents into lengthy legal disputes, the Law Society has warned. The solicitors’ representative body said it could not support government proposals as they stand and urged ministers to rethink plans announced earlier this week.

Under the changes, which are still subject to approval by the Civil Procedure Rule Committee, all civil claims worth up to £25,000 would be subject to fixed recoverable costs. Cost caps would also be in place for most cases worth up to £100,000, subject to whether they are deemed simple enough by a judge who allocates them a category.

The government has stated that a 50% uplift on FRCs would be imposed on parties who act unreasonably, with a 35% uplift applied to parties who fail to beat a Part 36 offer.

But the Law Society fears the vulnerable and less well-off would too often be unable to seek redress if fixed recoverable costs were extended to £100,000.

Society president I. Stephanie Boyce said: ‘If the government caps the amount of reasonable costs a claimant can recover then – without safeguards – a deep-pocketed and unscrupulous party could force their opponent to run up legal bills they’ll never recover. 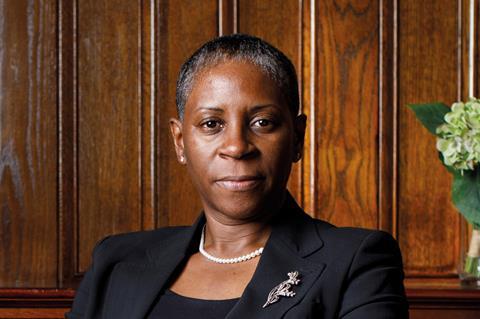 Boyce: There is not enough evidence to support the changes

‘This could seriously damage the justice system leaving claimants unable to obtain effective remedy or vindicated defendants out of pocket through no fault of their own.’

Boyce said there is not enough evidence to support the changes – a point echoed by the Association of Costs Lawyers – and details are ‘very sketchy’ about how they would be applied.

'The data that has been used are both out of date and drawn from too narrow a pool of cases, given changes would apply across almost the entire spectrum of civil litigation,’ she added. Boyce also pointed out that the Jackson report and consultation, which formed the basis for the proposals, pre-dated both the pandemic and the court reform programme, which have reshaped the civil justice system.

The government has not given a start date for the extension of fixed costs and has said that a number of issues require further thought before details can be finalised.