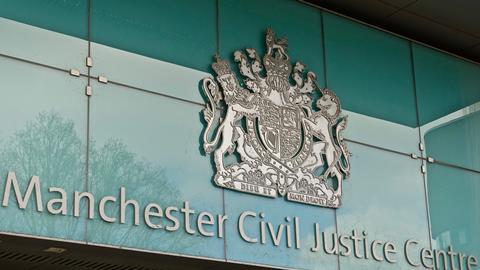 The government will spend more than £1.3m on its controversial flexible court hours project, the Gazette can reveal.

The Gazette made a freedom of information request, asking how much the Ministry of Justice and HM Courts & Tribunals Service have spent on the pilots from when the project was announced in April 2017 up until the pilots began last month.

Responding last week, HMCTS said costs it had incurred on the project between April 2017 and 2 September 2019 are £802,592. HMCTS has allocated £26,000 to fund participation fees for legal aid practitioners taking part in the pilot.

HMCTS says no management consultants have been retained for the pilot.

IFF Research and Frontier Economics has been appointed to carry out an independent evaluation of the project. IFF has been paid £77,606 so far, with a further £248,767 to be paid ‘upon satisfactory completion’ of the evaluation process. HMCTS says the amount is ‘in line with the costs needed to evaluate a project of this kind’.

The evaluation will inform any decision regarding ‘further rollout’ of flexible operating hours.

HMCTS says the total estimated costs for the lifetime of the project are £1,315,000.

The response states: ‘HMCTS is halfway through an ambitious £1bn programme of court reform. Part of this work is looking at ways we can increase access to justice for people up and down the country and adequate investment is needed to properly explore this. By piloting the use of court hearing rooms outside of traditional hours, HMCTS will test whether this offers better access to justice for people to fit around their busy lives and improves the efficient use of court buildings.’