The former president of Ukraine and the former governor of the country's central bank have avoided a $250m English court battle, on the grounds that they are protected by state immunity.

In Surkis & Ors v Poroshenko & Anor, the defendants – Petro Poroshenko and Valeria Gontareva – are accused of conspiracy during attempts to tackle a national banking crisis. The claim arises from events that allegedly took place as part of the nationalisation and bail-in of PrivatBank, Ukraine’s largest bank, between 2014 and 2016, when it was discovered to have a multi-billion-dollar capital shortfall.

The defendants are accused of conspiring to unlawfully cause money that the claimants had deposited with PrivatBank to be used to help recapitalise the bank.

Both respondents deny all allegations of wrongdoing.

In a two-day hearing, Poroshenko successfully challenged the jurisdiction of the English courts to hear the conspiracy claim on the grounds of state immunity. Under the State Immunity Act 1978, foreign states and their officials are immune from proceedings in the English courts, unless a recognised exception within the SIA applies.

Such immunity belongs to the state, as opposed to being the personal right of the individual, and exists to protect the sovereignty of that state from interference by other states.

Poroshenko and Gontareva contended that they are immune from the jurisdiction of the English Courts because the act which forms the basis of the claim against them – which they strongly deny – would have been done in their public capacity as the president of Ukraine and the governor of the National Bank of Ukraine. 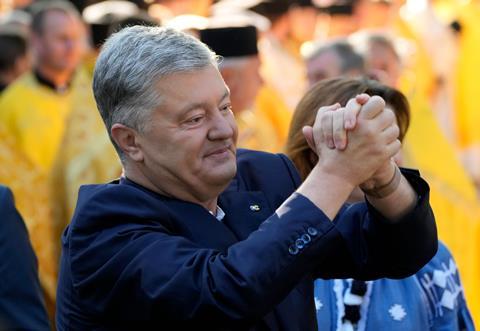 In contrast, the claimants argued that the relevant conduct did not have a sufficient connection with the state for it to be characterised as state conduct. ‘The conduct was of persons who happened to be organs or agents of the state at the relevant time, but the conduct was not in discharge or purported discharge of those persons’ public duties as representatives of the state,’ they said.

Mr Justice Calver concluded that claimants’ case ‘led to them having to dance on a pinhead’ and ‘did not withstand scrutiny’.

He ruled that both Poroshenko and Gontareva were acting – or purporting to act – in discharge of their duties as agents of the Ukrainian state, meaning the claims against them are barred by state immunity. Calver J also granted Gontareva’s application for reverse summary judgment.

Discussing the hearing itself, the judge said submissions had to be hurried because two days was ‘simply not a realistic time estimate for the hearing of applications of this complexity’.

‘It is essential that advocates keep hearing time estimates under review and alert the court in good time where they consider that the estimate may be wrong, failing which this court will not hesitate to apply serious costs sanctions to one or both parties. All practitioners in the commercial court should take note of this fact,’ he said.

Reed Smith represented the claimants, while Poroshenko and Gontareva were represented by Debevoise & Plimpton LLP and William Grace respectively.