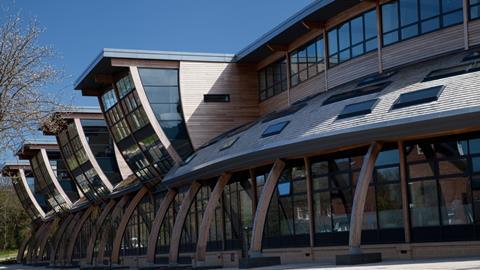 Professor Thom Brooks, dean of Durham Law School, told the Gazette that while the biggest business opportunities are now in China there is a ‘massive black hole’ of knowledge of Chinese law. ‘Firms just start to drool when I tell them about what I’m doing. They say they won’t just bring London recruiters to our careers fairs; they will bring Hong Kong recruiters.’

Durham Law School has hired seven academics from mainland China and Hong Kong, including two professors, to teach its undergraduates and masters students. Around 50 undergraduates – from the UK and overseas – are currently taking classes in Chinese law.

According to Brooks, colleagues originally expressed ‘lots of scepticism’ but the updated bachelor’s degree has been ‘very positively received’. He added: ‘One very senior judge said to me if he could go back a few decades he would take a class in Chinese law… Legal education will have to become more global and what’s happening at Durham will be the start of significant change from being more parochial to being more global’.

In 2018, China announced the China International Commercial Court, an institution for resolving cross-border commercial disputes. The court – an attempt by China to promote the credibility of its legal system – received its first cases in 2018.

Meanwhile, in November the University of Law hosted a 16-day programme for senior Chinese lawyers who travelled to the UK to learn about international arbitration.