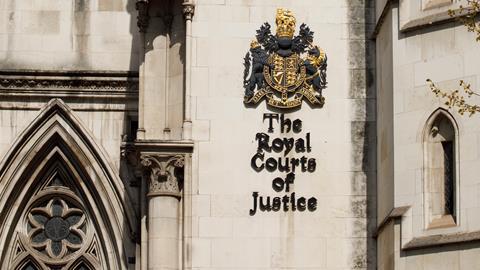 The High Court has refused permission for judicial review of changes to the rules governing applications for permission to appeal. A pharmacist struck off for improperly touching a patient’s breasts argued that changes to CPR 52.5 made in 2016, which generally requires the Court of Appeal to determine applications without an oral hearing, were unfair.

Dinesh Soni’s fitness to practice was found to be impaired by the General Pharmaceutical Council (GPhC) in 2019. The High Court dismissed his appeal last year.

Soni had also applied to be able to rely on an anonymous letter received by the GPhC after the conclusion of the fitness to practice hearing, which was refused as was an application for permission to appeal to the Court of Appeal.

He applied to bring a judicial review against the lord chancellor to challenge ‘the lawfulness and/or fairness of CPR 52.5’. Kenneth Hamer, for Soni, submitted that the Civil Courts Structure Review, chaired by Lord Briggs, ‘recommended the rule changes now in CPR 52.5 on the basis that, in the case of a first appeal, the would-be appellant had already had two opportunities to persuade a judge that their appeal had some merit before reaching the stage of an oral hearing’.

Hamer argued that, because the High Court refused to admit the anonymous letter on appeal, Soni did not have ‘what Lord Briggs described as “an earlier full appeal”’.  He said this meant that Soni ‘has only had one bite of the cherry to seek permission to appeal the judgment’ of the High Court, which was ‘not what the rule change in 2016 envisaged’.

Hamer also told the court that Soni ‘denies the allegations which the fitness to practise committee found proved’.