The Ministry of Justice has denied claims that lawyers will be forced to attend Crown court trials at the weekend following the publication of an open letter from members of the profession threatening boycotts of extended sitting hours.

A spokesperson for HM Courts & Tribunals Service spokesperson said the petition is ‘based on year-old information’ which was superseded by new plans published this month. ‘Under these plans there is no proposal to mandate Crown court trials on weekends, and any decision to extend the operating hours of a court would be for its independent resident judge.’

A document setting out ‘temporary operating arrangements’ proposes two models that would run alongside normal operating hours in the other courtrooms. One is a ‘blended model’ which would involve running two separate jury trials listed in one courtroom: one from 9am to 1pm and one from 2pm to 6pm. 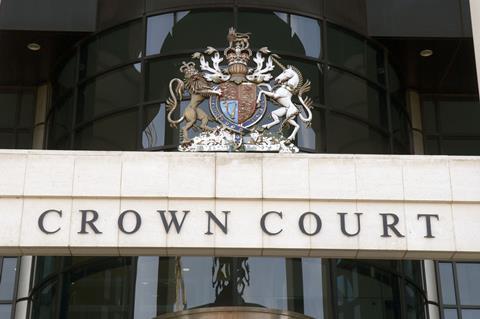 The second is a ‘remote model’, under which sessions would be held online outside the hours of 9am-5pm. These sessions would consist of non-trial work, such as pre-trial preparation hearings, mentions, and sentencing. HMCTS has not specified whether such non-trial work could be scheduled on weekends.

Hundreds of solicitors and barristers signed an open letter to HMCTS this week, refusing to attend a ‘single court listing outside of regular court hours’. The signatories – consisting of lawyers who regularly attend the criminal courts – claim that the government has ‘overseen the obliteration’ of the profession, despite repeated warnings:

'We are expected to attend hearings during our evenings and weekends when we need to spend time with our families, and to recuperate from exhausting days and nights in courts and police stations, in order to fix a disaster which is entirely of the government’s own making. We are told to do so for no extra funds, without our representative bodies having been consulted in advance.’

The Law Society yesterday added its voice to criticism of extended hours. Society president I. Stephanie Boyce said: ‘We are not surprised to see that practitioners feel this way given how badly they have been underfunded for decades, and the additional impact of the pandemic on them and their firms.

‘A move to extended hours is likely to impose additional costs on law firms, many of which are already suffering the financial burden of the pandemic, and the further negative impact on work/life balance could make it even more difficult for firms to recruit and retain staff. This could lead to capacity shrinking once more at a time when the entire criminal justice system and those that work within it are already stretched to breaking point.’