The Home Office received the largest number of judicial review applications of any government department in 2016, new figures have revealed.

The Ministry of Justice this week published statistics covering the Royal Courts of Justice for last year and civil justice numbers for the first three months of this year. 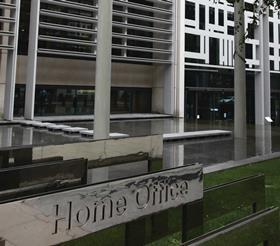 Of these, 226 applications were granted permission to proceed to the final hearing and 12 were found in favour of the claimant.

While judicial reviews involving the Home Office increased in number, challenges to Ministry of Justice decisions fell 32% year-on-year to 1,152 cases.

Of these, 749 were specifically against tribunals, which in itself was a 38% drop compared with 2015.

Local authorities had 762 applications lodged against them, down 4% on the previous year, of which 228 proceeded to final hearing and 33 were found in favour of the claimant.

Elsewhere, the statistics covering civil justice for the first three months of 2017 show at least one party was unrepresented in 44% of money claims defended in court.

Defended cases which are not settled or withdrawn generally result in a trial, with 15,846 civil trials in England and Wales in the first three months of 2017. This was an increase of 20% on the same quarter in 2016.

Of the 336,934 judgments that were made in January to March this year, 87% were a judgment in default. There were 28,745 ‘admissions’ recorded in the period.