Immigration reforms: courts could be required to consider wasted costs

Judges could be required to consider imposing a wasted costs order - with a presumption in favour of making one - as part of government plans to end what the Home Office believes to be the practice of 'unmeritorious' immigration and asylum claims brought at the last minute to frustrate the deportation process.

Unveiling the widely trailed New Plan for Immigration today, home secretary Priti Patel said the government would streamline the appeals system and ‘tackle the practice of meritless claims which clog up the courts with last minute claims and appeals – a fundamental unfairness that lawyers tell me frustrates them too’. 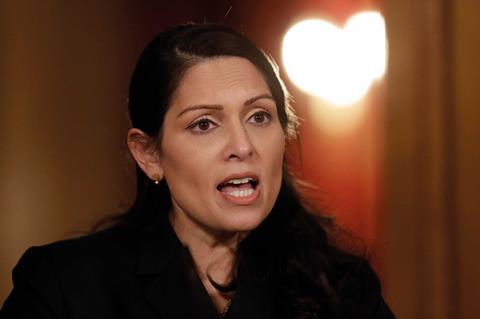 Details of how the government will achieve this appeared in a policy statement published today.

The document states that most judicial reviews lodged in England and Wales are immigration-related and involve considerable costs. ‘In the cases which the Home Office ultimately wins, it is rarely able to recover the costs,’ the paper says.

The Home Office is considering extending fixed recoverable costs to immigration-related judicial reviews, which would specify how much the winning party can recover from the losing party. The department also wants to encourage the use of wasted costs orders in immigration and asylum matters.

‘To achieve this, we propose to introduce a duty on the Immigration and Asylum Chambers of the First-tier Tribunal and Upper Tribunal (FtTIAC) to consider applying a WCO in response to specified events or behaviours, including failure to follow the directions of the court, or promoting a case that is bound to fail. While the grant of a WCO is at the sole discretion of the judge we are considering introducing a presumption in favour of making one. In addition, as WCOs only cover the costs of the parties to the claim, we are also considering introducing a mechanism to cover the court’s costs,’ the document says.

The findings of the Independent Review of Administrative Law, published last week, reveal that the Home Office spent over £75m in 2019/2020 defending immigration and asylum judicial reviews and associated damages claims, but only recovering £4m 'in terms of its own costs, much of which will be written off in future years given the difficulty in recovering debts from those who bring such challenges'.

The New Plan for Immigration document states that the Home Office wants to develop a ‘good faith’ requirement. ‘Failure to act in good faith may be considered when the Home Office or judge assess the credibility of someone’s claim, particularly in the context of repeat or unmeritorious claims brought at the point of removal action. If someone has not acted in good faith this should impact the credibility of their claim and testimony both in Home Office decision making and by the courts in any subsequent appeals,’ the document says.

A new ‘one-stop’ process would require claimants to raise all protection-related issues upfront and have these considered together and ahead of an appeal hearing. Those prioritised for removal would have access to a ‘new legal advice offer’ to support people to bring their claims in one go, when they are notified about removal action.

The government also wants to reinstate an accelerated appeals process ‘that is fast enough to enable claims to be dealt with from detention while ensuring that a person who is detained has fair access to justice’.