‘Impressive’ whiplash portal backed ahead of May start date

The whiplash reforms set for May this year have taken a significant step forward after new rules were given the green light.

Minutes of an extraordinary meeting of the Civil Procedure Rule Committee from 22 January, published this week, confirm that members recommended that Sir Geoffrey Vos approves the draft pre-action protocol. This is the framework for how the RTA portal will work in practice when it is brought in for litigants in person handling claims worth up to £5,000.

The minutes state that the matter was due to return to the committee last week, raising the prospect that the Ministry of Justice will have the rules approved and in place ahead of its May deadline for implementing the portal.

The committee notes that the portal has a large number of screens and variations depending on what information inputted, but members are happy with what they have seen.

Minutes state: ‘Overall the sub-committee’s impression is that the portal build so far is impressive, user-friendly and uses clear and accessible language. In addition, call centre support will be provided to users of the portal by the ‘Portal Support Centre’ which will also support those who wish to make a claim but who cannot access the portal.’ 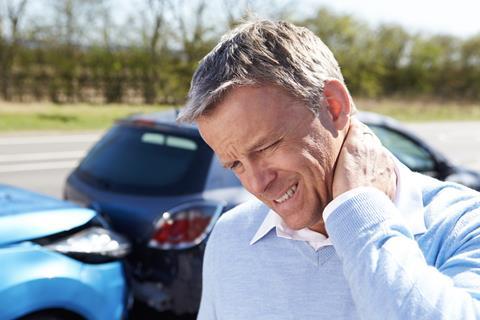 Whiplash reforms set for May have taken a significant step forward

The master of the rolls said there has been a ‘huge amount’ of work carried out in recent months by a sub-committee, officials and drafting lawyers to get the rules in place.

Issues appeared to have been resolved in the draft protocol include the statement of truth form, instructions for insurers requesting a further medical report and the non-protocol vehicle costs claim document.

The government has reiterated its commitment to the whiplash reforms as a way of reducing claims and cutting the cost of insurance. Last month justice secretary Robert Buckland QC said it remained a ‘key government priority’ to get the portal in place.

While the new system caters for unrepresented people, some firms have said they will seek to handle claims through the portal for those who do not want to go it alone.