The portal, which initially handles all RTA claims valued less than £5,000, was launched in May under the Civil Liability Act. The legislation also introduced a ban on pre-medical offers so an insurer cannot settle a claim which has yet to be substantiated with a medial report.

Writing in the MASS Insight magazine, Nicholls said evidence is now being collected about possible breaches of the pre-med ban from insurers.

‘Such behaviour would be a blatant attempt to discourage claimants from having legal representation and needs to be stopped,’ he said. ‘If not dealt with by OIC and the Ministry of Justice, such issues are likely to land at the doorstep of the Financial Conduct Authority and the Information Commissioner’s Office over the coming months.’

Nicholls urged claimant lawyers whose clients had been approached directly by insurers to contact its administrators and catalogue the issue. 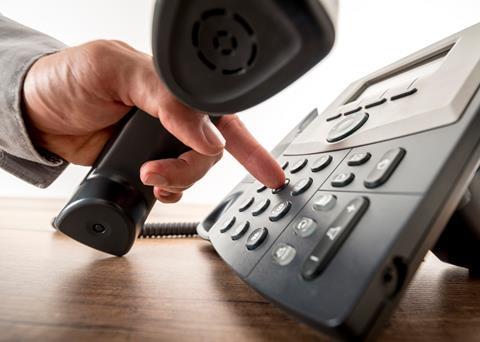 Early reports suggest that around 10% of claimants using the portal are unrepresented, yet Nicholls said there is also evidence that the volume of claims being submitted through OIC is ‘significantly lower’ than might be expected given current traffic volumes. ‘If this figure is confirmed by the official data, it will certainly raise a host of questions about whether potential claimants are able to access the justice to which they are entitled.’

Nicholls said that while some teething problems were to be expected, the concern is that more fundamental issues are emerging as the portal encounters claims that were not stress-tested. Lawyers are also seeking urgent clarity about what happens when claimants have other injuries in addition to whiplash.

The three-month anniversary of the portal passed last week, but the government was not in a position to release quarterly figures, as would normally be expected of such projects. It is understood the figures are being collated but it could be another month before they can be published.

It is understood that those behind the scheme do not regard poor behaviour as anything more than a few isolated incidents, and there is no evidence as yet of anything systemic.

A spokesperson for the Motor Insurers Bureau, which administers the portal, said: 'We are aware of recent coverage about potential insurer misbehaviour. Anyone who becomes aware of such behaviour should report it to the relevant regulator so that it can be investigated.'