A prominent personal injury lawyer has warned that insurers are ‘sleep-walking’ towards opening the system to unscrupulous and ruthless claims management companies. 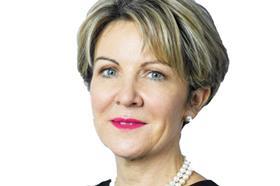 Scully told a Liverpool Law Society conference yesterday that any money clawed back through lower damages and by not paying claimant solicitors will be ‘eroded by increased fraud and having to deal with baffled litigants in person trying to navigate this system’.

The Ministry of Justice is overseeing the creation of an LiP portal to allow RTA victims to pursue their own claims where the damages are less than £5,000. The system is due to go live next April after testing in October.

But Scully warned that CMCs will be active in the build-up, capturing claimants who can no longer afford legal representation. The individuals will still be registered as LiPs on the system but in reality will be guided in the background by CMCs who may not be regulated.‘You will have a CMC who is not interested in the injury. They will want you to get to the top of the tariff [damages are set by how long the injury lasts], get the credit hire and rehab and they won’t be bothered with you. Claimants will have no recourse.

‘This system has no protection in place for people who will be preyed upon. CMCs will advertise in the lead-up to the reforms saying "You’re on your own". The insurers are going to have a shock.’

Scully, a former chair of the Motor Accidents Solicitors Society, said CMCs will benefit from a system designed to ensure the claims process is easier. These businesses will also be looking for new revenue streams after PPI claims come to an end in August.

She added: ‘Insurers now say [CMCs] provide access to justice but wait until you see some of the things they get up to. It is a money-making racket without the ethical bit in the centre.’

Meanwhile, the government has confirmed claimants will have to prove the merits of their case before they can get a medical report, in cases where insurers have denied liability.

In a letter to the House of Commons justice committee, justice minister Lord Keen of Elie QC said that where liability is wholly denied, claimants will access a bespoke alternative dispute resolution process, funded by the insurance sector. If the ADR outcome is that liability should be in part accepted by the compensator, the claimant will have their medical report paid for at that point.

But if the review process finds the compensator should not accept liability, claimants will have to start court proceedings themselves. They would have to fund their own medical report and claim back the cost as a disbursement if they are successful. Under the new system, all claims must be verified by a medical report from an independent expert.

Lord Keen added: ‘The government is committed to ensuring that the claimant is at the heart of the new process and ensuring that unrepresented claimants can obtain good quality reports under the new system is central to this.’