The Irish government is about to sign off on proposals that will reduce personal injury compensation for all but the most serious of cases.

New guidelines agreed this month will significantly reduce compensation available for lower and middling injuries while committing to a ‘modest’ uplift in awards for those suffering catastrophic injuries.

A report from the Irish Judicial Council, consisting of seven judges, proposed replacing the existing book of quantum with a new tariff system setting damages guidelines across most types and lengths of personal injury. The plan was adopted by the board of the Judicial Council and has been enthusiastically embraced by the government, which says the measures will reduce the cost of insurance.

The deputy prime minister, Leo Varadker TD, said ‘We will have to see how they bed down over the next few months to see if any further action is needed. The important thing for government is that ultimately, the value of awards given in cases is consistent with the damage caused. Inflated personal injury awards inflate premiums and we want to make sure that doesn’t happen.’ 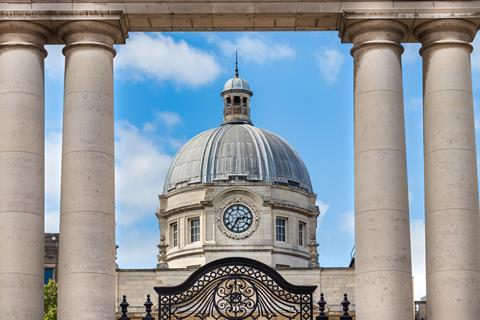 Justice minister Helen McEntee TD, pledged to bring the proposals to cabinet today and bring them into effect as soon as possible. Last October, the government amended existing legislation to ensure that PI guidelines would be adopted and published by 31 July at the latest.

McEntee said the ‘overriding concern’ is to address the economic impact on businesses and consumers of high insurance costs, while ensuring fair compensation for injured people. ‘It is my hope that the new guidelines will bring consistency, reduce litigation and reduce awards, which are a major driver of insurance costs,’ she added.

A government determined to reform PI to reduce insurance premiums will be a familiar story to observers from England and Wales. The Judicial Council report states that its committee carried out research on how Irish courts awards fare compared with their counterparts in England and Wales, with compensation there considered to be lower than in Ireland. It was noted that in 2018 damages awarded for soft tissue injuries were reportedly 4.4 times higher in Ireland than in England and Wales.

Judges in Ireland will be required to follow the awards in the new guidelines and must give clear reasons if they depart from the figures prescribed. The guidelines will be reviewed every three years. The highest award is for injuries involving quadriplegia for which compensation is set between around £343,000 and £471,000.