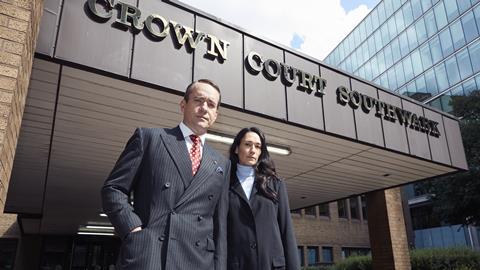 ITV drama raises profile of Who Wants to be a Millionaire? appeal

The solicitor representing Who Wants to be a Millionaire? winner Charles Ingram and his wife, Diana, says publicity arising from ITV’s hit drama Quiz will make little difference to the legal work behind the couple’s appeal.

In the so-called 'coughing major' trial, army officer Charles Ingram and his wife were convicted in 2003 of procuring the execution of a valuable security by deception after being accused of cheating in the TV show. They are now seeking to appeal the conviction.

Interest in their case revived this week when ITV aired a three-part drama, Quiz, based on a play by James Graham. The couple’s solicitor, Rhona Friedman, co-founder of London firm Commons Legal, has been interviewed by national newspapers and appeared on daytime show This Morning on Wednesday.

Friedman told the Gazette that the TV drama will make little difference to the legal work. ‘The Court of Appeal is not going to be swayed one way or the other. It’s more helped change public perception of them, which is important for them because they have lived at the end of the day with this scandal for the best part of two decades.’

The couple’s lawyers submit that new scientific and technological advances make it possible to identify coughs during the show. Such evidence was not able to be considered by the jury at the time and, the lawyers argue, undermine the prosecution case of a conspiracy.

Even though the legal team is ‘at the beginning of the end’ of preparing an appeal, Friedman says they are still a long way from a hearing date.

‘There is still work going on with expert analysis. Hopefully that will not take too much longer. Then we’ve got to draft some grounds, send them to the Court of Appeal. But we’ll be in quite a long queue for a single judge. There will be a backlog of cases. The Court of Appeal will have to prioritise custody cases. We don’t expect to have a decision even on permission this year.’

Diana Ingram will be the lead appellant when the team applies for permission to appeal as Charles Ingram has already appealed through the Criminal Cases Review Commission. But, Friedman said, ‘if she gets permission I would have thought it would be the case he would have to be joined’.