A High Court judge has issued a stern rebuke to lawyers who ran up massive costs and lumbered the court with voluminous bundles.

Despite being just an examination of the apparent strength of the claimant’s claims in Invest Bank PSC v El-Husseini & Ors, Mr Justice Andrew Baker explained the hearing bundles ran to more than 6,000 pages, with nearly 160 pages of skeleton arguments. The authorities bundles alone contained 142 tabs and more than 3,600 pages for the two-day hearing in February.

Baker said witness statements were ‘improperly replete’ with argument, the documentary material was mostly unopened, and there appeared to have been no attempt to follow commercial court guidance on what authorities to include.

Costs schedules filed by Streathers Solicitors LLP, Fladgate LLP and Stewarts LLP, who represented seven of the eight defendants between them, came to £680,000 already, and the judge said the total costs incurred on this hearing was likely to exceed £1m. 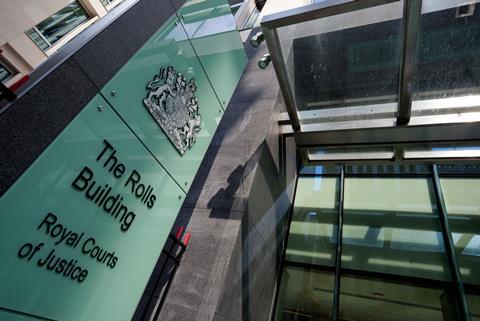 Even in the context of claims for around £20m, this represented a ‘disproportionate and unreasonable approach to the proceedings, wasteful of the parties’ and the court’s resources’.

Baker added: ‘It represents the kind of interlocutory battling that is readily explicable only by a failure to focus on what was sensibly required to do justice to any applications that might reasonably be pursued. It was unnecessary for matters to be dealt with so expensively.’

In the event, the oral argument continued until 5.30pm on the second day, and even then left no time for a reply from the claimant, let alone time to argue the costs points which had been raised.

Even when the judge asked counsel to put into writing what would have been his reply, this ran to 28 pages citing seven authorities.

Baker did note that arguments were ‘quite well focused and very well presented’, but that ‘served only to emphasise the huge wastefulness, of time and cost, in what had preceded it’.