A judge who sentenced the most prolific rapist ever to be tried in a British court has praised lawyers involved in the 'complex and harrowing' case.

Reynhard Sinaga, 36, was found guilty of 159 offences across four separate trials. He was already serving a life sentence with a minimum term of 20 years for convictions in the first two trials. Yesterday, the minimum term was increased to 30 years for crimes committed between January 2015 and June 2017.

In sentencing remarks handed down at Manchester Crown Court, Her Honour Judge Suzanne Goddard QC said: 'I must commend the Crown Prosecution Service and police investigation team led by DI Zaheer Ali in this complex and harrowing case. The investigation involved hundreds of hours of viewing footage of a most unpleasant nature and the painstaking tracing of the victims. It is clear that the victims were dealt with in a most sensitive and understanding way.' 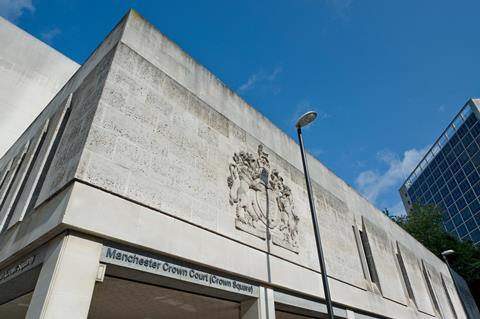 HHJ Goddard thanked Victim Support at Crown Square, the Independent Sexual Violence Advisers and the St Mary's Centre 'for all they have done to assist the witnesses, and the court staff for their stalwart support throughout this case', as well as her court clerk, Clare Wales, and usher, Donna Taylor.

She added: 'I must also thank all counsel and the legal teams on both sides for their executive assistance throughout, in particular Mr David Bennett for providing me with the paginated bundles of evidence for each trial. I should also specifically thank Ms Clare Langton, the defence case worker who has assiduously attended to her duties in representing the defendant throughout.'

Sinaga was prosecuted in relation to 48 victims and convicted of 159 sexual offences. HHJ Goddard said she was unaware of any other case of sexual offending 'of this scale or magnitude', and described Sinaga as an 'evil serial sexual predator who has preyed upon young men who for the most part came into the city centre wanting nothing more than a good night out with their friends'.

Passing sentence, HHJ Goddard stressed that it was important for everyone to understand what the minimum term meant: 'The minimum term is not a fixed term after which you will be automatically released but the minimum time that you will spend in custody before your case can be considered by the Parole Board. It will be for the Parole Board to say at the time whether and if so on what conditions you are to be released.'