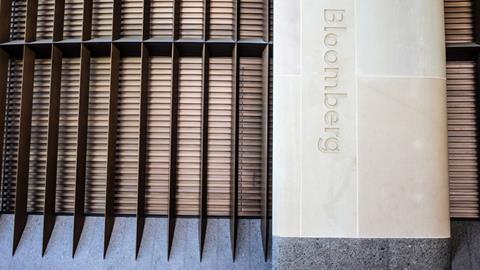 A landmark ruling that a person under a criminal investigation has a reasonable expectation of privacy before they are charged was not ‘novel, radical or surprising’, the Supreme Court has heard.

The UK’s highest court is considering an appeal by financial news service Bloomberg against the Court of Appeal’s decision that a person under investigation generally has ‘a reasonable and objectively founded expectation of privacy’ about the fact of the investigation.

The claimant, known as ZXC, was the chief executive of a regional division of a company under investigation by an unnamed UK law enforcement body. Bloomberg reported details of a letter of request sent by the body to a foreign government seeking mutual legal assistance in relation to its investigation into possible offences, including corruption, bribery and fraud.

The High Court ruled that ZXC was entitled to an injunction and damages of £25,000 for misuse of private information in respect of Bloomberg’s article, which was upheld on appeal.

Bloomberg’s lawyers told the Supreme Court yesterday that ‘the Court of Appeal’s approach amounts to holding that information about an individual being subject to criminal investigation is private because it is potentially reputationally damaging’.

Antony White QC, for Bloomberg, argued the distinction made by the High Court and the Court of Appeal between ZXC’s alleged criminal conduct and information about the law enforcement body’s assessment of that conduct was ‘without precedent’ and wrong in law.

However, ZXC’s barrister Tim Owen QC said: ‘There is nothing novel, radical or surprising in the judgments of the courts below.’ He added that Bloomberg’s appeal was based on a ‘fundamental distortion or misstatement of the reasoning’ of the High Court and Court of Appeal.

In written submissions, Owen argued that the ‘general rule that a person under a criminal investigation has a reasonable expectation of privacy in respect of that investigation’ has been confirmed ‘by several specialist media law judges in a number of recent authorities’.

The general rule – which he said is ‘not universal or invariable’ – is also supported by ‘the Leveson Inquiry report, the senior judiciary, the College of Policing, the Metropolitan Police Service, the Independent Office of Police Conduct, the Director of Public Prosecutions, the Home Affairs Select Committee and the government’, Owen added.

The hearing concludes this afternoon and the Supreme Court is expected to reserve its judgment.