A landmark privacy case began today at the Supreme Court, which is considering whether someone under criminal investigation has a reasonable expectation of privacy up to the point they are charged.

Financial news service Bloomberg is challenging last year’s ruling by the Court of Appeal, which held that a person under investigation has ‘a reasonable and objectively founded expectation of privacy’ about the fact of the investigation.

The claimant, known as ZXC, was the chief executive of a regional division of a company under investigation by an unnamed UK enforcement body. Bloomberg reported details of a letter of request sent by the body to a foreign government seeking mutual legal assistance in relation to its investigation into possible offences, including corruption, bribery and fraud.

The High Court ruled that ZXC was entitled to an injunction and damages of £25,000 for misuse of private information in respect of Bloomberg’s article.

Bloomberg’s appeal was refused by the Court of Appeal, which held that ‘in general, a person does have a reasonable expectation of privacy in a police investigation up to the point of charge’. Giving the Court of Appeal’s judgment, Lord Justice Simon said: ‘To be suspected of a crime is damaging whatever the nature of the crime.’ 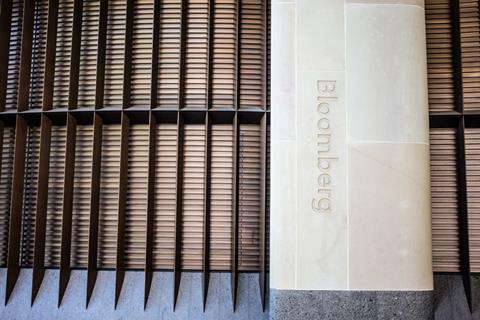 A panel of five justices, led by Supreme Court president Lord Reed, today heard that the Court of Appeal’s approach ‘involves an incorrect approach to the public understanding of the presumption of innocence’.

He argued in written submissions that ‘the Court of Appeal’s approach amounts to holding that information about an individual being subject to criminal investigation is private because it is potentially reputationally damaging’.

‘If allowed to stand the Court of Appeal’s decision will have anomalous and unwarranted consequences for the development of the tort of misuse of private information and its interplay with the tort of defamation, as well as for freedom of expression,’ White said.

He also argued that the Court of Appeal’s decision was inconsistent with two previous Supreme Court rulings on the public’s understanding of the presumption of innocence, in the cases of Khuja v Times Newspapers and In re Guardian News & Media.

The Supreme Court is expected to hear submissions on behalf of ZXC later today or on Wednesday morning.