Law Commission chief to see through next reform programme

Sir Nicholas Green’s tenure as chair of the Law Commission was extended so he could see through the commission’s 14th programme of law reform, the Court of Appeal judge has told the Gazette.

The lord chancellor approved an extension to Green’s tenure as chair of the independent body that keeps the law under review for one year from 1 August.

Green told the Gazette he came into the job in 2018 ‘almost blind. I had no transition. [It took me about] four or five months to get to know the organisation and personalities.' Green says he is determined to have a successor in good time who can benefit from a proper transition.

Last month the commission began consulting on what law reform projects to work on next. It has identified potential projects that could have merit, such as contempt of court, home buying, legal protection for the environment, and product liability and emerging technology.

‘When we sat down to identify the big themes for the 14th programme, digitisation and AI inevitably came to the fore,’ Green said. The commission was determined not to be drawn into Brexit-related law reform before the UK left the EU. Now that it has happened, the commission proposes looking at the statute book and how certain areas of law can be modernised and simplified.

Once the consultation closes, the commission will sift through the suggestions and whittle them down to about 30 or 40 projects. ‘We will start talking to different government departments to see whether or not there is an appetite for them to go into our programme. I guess we’re looking for 14 or 15 projects. We will have to sign them off and agree them with the lord chancellor. We will not take on a project unless the government approves it.’ 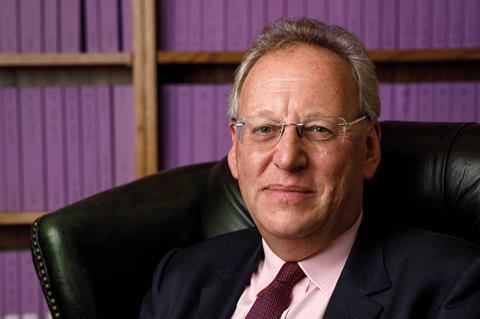 Asked about unusual suggestions that have been submitted to the commission, Green recalls a member of the public being keen for the team to look at museums, and issues such as ownership of artefacts. Museum collections is one of six projects from the 13th programme that was not commenced but will roll over into the 14th programme.

Other carry-over projects include Administrative Review, a ‘slightly unusual’ one, says Green, in that it might not result in proposing new legislation. The project would look at the government’s internal decision-making system, with a view to promoting correct decisions, cheaper correction mechanisms and public confidence.

The commission did some preliminary work, speaking to academics, practitioners and collecting case studies, including one involving a young mother who was wrongly denied housing benefit and ended up homeless. ‘Had it not been for Covid we would have been starting this [project] 12/15 months ago,’ Green said. His team would need to sit down with officials in Whitehall and identify how their systems operate.

The commission received nearly 1,400 responses to its consultation on what to include in the 13th programme. Green predicts a heavier postbag this time round. The consultation for the 14th programme closes on 31 July.