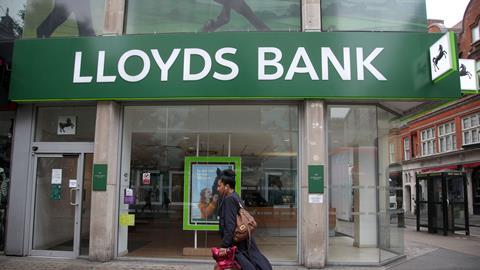 Advertising watchdogs have rejected a law firm’s complaint about a Lloyds Bank advertisement it claimed was misleading.

National firm Keystone Law, which represents victims of financial fraud committed at a corporate branch of HBOS, prior to its acquisition by Lloyds, objected to a television advert in February featuring the bank’s iconic black horse and the slogan ‘By your side’.

The complaint was investigated but not upheld.

The horse was shown galloping through the countryside, past a memorial service, a suburban neighbourhood and a beach, with the voiceover saying: ‘Yesterday, today and tomorrow we have been and always will be by your side.’ The advert closed with text stating ‘By your side for over 250 years’ with background music with the lyrics ‘We’ve come a long, long way together, through the hard times and the good.’

Keystone complained to the Advertising Standards Authority that the advert was misleading given the action Lloyds had taken to address the HBOS issue and the support given to victims. The firm is representing television presenter Noel Edmonds in litigation against Lloyds, over claims that the conduct of HBOS caused his former business to collapse.

Lloyds told the ASA that reference to ‘By your side’ was a repeat of the slogan used in adverts for three years and was an encapsulation of the services it provided.

The bank said there was no call to action for the consumer, no direction to call a phone number or visit a website, so the advert could not be, by that definition, misleading.

Addressing the specifics of the HBOS scandal, the bank said it had made progress settling with affected companies/businesses and that, of those within the review, more than 90% had received compensation, of which 85% accepted. The bank stressed said it had covered the reasonable fees of lawyers or other advisers enabling customers to get access to appropriate advice.

The ASA noted that in 2017 six people, including two former HBOS bankers, were found guilty of bribery and fraud against business customers and shareholders from 2002 to 2007. Lloyds took over HBOS in 2009 in the aftermath of the financial crash.

The ASA ruled that viewers would understand the advert to be a general brand promotion and would take the claim ‘By your side’ as ‘advertising puffery’ – not a claim to be taken literally or be seen as requiring objective substantiation.

Its ruling added: ‘We did not consider the details of the HBOS fraud case to be material information that needed to be included in the ad to prevent consumers from being misled.’