Lawyers drawing up NDAs could be breaking the law, MPs told

Lawyers could be committing a criminal offence in the way they draw up non-disclosure agreements for powerful clients, MPs heard yesterday.

Professor Richard Moorhead, professor of law and professional ethics at University College London, said some solicitors are ‘out of kilter’ in how they prioritise their legal obligations. 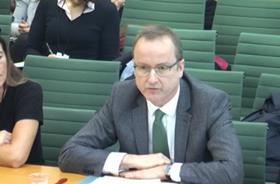 Moorhead: some solicitors 'out of kilter'

Giving evidence to the women and equalities committee of the House of Commons, Moorhead said confidentiality clauses have been written into NDAs which are ‘plainly unenforceable’ and would be regarded as taking advantage of less well-resourced employees who have alleged discrimination.

Where individuals have been encouraged not to speak to regulators or the police, Moorhead said this could constitute perverting the course of justice.

‘As a generalisation, and it is only a generalisation, not enough lawyers understand they have to balance the public interest in the administration of justice and the protection of the rule of law, with their clients’ best interests. They tend to prioritise their clients’ best interests,’ he said. ‘I think [some] clauses are deliberate attempts to improperly stifle the revealing of misconduct by employers and organisations. I think they are probably criminal and probably in breach of professional rules.’

While guidance on NDAs published by the Solicitors Regulation Authority was useful, the ‘key issue’ was enforcement, he said: the regulator must show it is prepared to prosecute solicitors in breach of professional rules.

The committee has previously recommended that the government act to clean up the use of NDAs in sexual harassment cases, and is now looking at the wider use of such agreements in cases where any form of harassment is alleged.

Earlier this week the government opened a consultation on confidentiality clauses. Business minister Kelly Tolhurst backed reform to address those who misused their power in the workplace, saying such clauses are being ‘abused by a minority of employers to intimidate victims, conceal harassment and discrimination in the workplace – including sexual assault, physical threats and racism’.