A lawyer’s error in failing to give notice of an application to appeal in extradition proceedings should not be attributed to their client who has done ‘everything reasonably possible’ to ensure notice was given as soon as it could be, the Supreme Court ruled today.

In Public Prosecutors Office of the Athens Court of Appeal v O’Connor, the Supreme Court held that a distinction can be drawn between the actions of a requested person who has done everything reasonably possible to give notice within the seven-day time limit under section 26 of the Extradition Act 2003 and ‘the actions of that person’s legal representative who has not’. 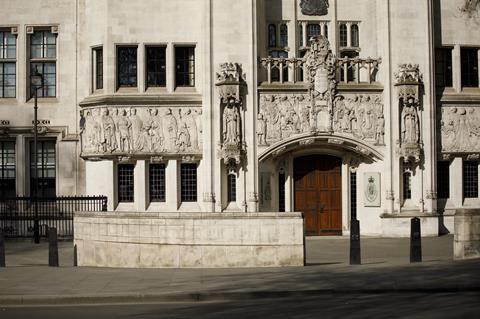 Supreme Court: Distinction can be drawn between requested person’s actions and their lawyer on extradition appeals

It upheld the decision of the High Court in Northern Ireland that it had jurisdiction to hear an appeal by John Joseph O’Connor, whose extradition to Greece on drug trafficking charges was ordered by a judge in Belfast in December 2015.

After his extradition was ordered, O’Connor instructed his solicitor to appeal and the solicitor announced in open court that an appeal would be filed. His notice of an application for leave to appeal was lodged with the court within the seven-day period – but O’Connor’s solicitor did not serve it on the Crown Solicitor’s Office on behalf of the requesting state until three weeks later.

Sir Declan Morgan, then lord chief justice of Northern Ireland, ruled that the court still had jurisdiction to hear O’Connor’s appeal as he had done ‘everything reasonably possible to ensure that the notice was given as soon as it could be given’, as per section 26(5) of the 2003 act.

Dismissing an appeal brought on behalf of the requesting state, Stephens said he disagreed with the English High Court’s application of the surrogacy principle in Szegfu v Court of Pecs, Hungary, in which it was suggested that section 26(5) permitted no distinction between the conduct of the requested person and the conduct of their lawyer.

He concluded: ‘I agree with the divisional court in this case that the procedural unfairness of attributing the fault of the legal representative to the person is in practice irredeemable.’