Claimant solicitors have questioned why a government-led inquiry into the cost of insurance has failed to invite a representative of their sector onto its board.

One of the group’s key aims is explicitly to establish the extent to which insurance fraud is ‘encouraged, or not deterred, by the practices of insurers, lawyers and claims management companies’.

But it has emerged that the taskforce, chaired by insurance specialist and former law commissioner David Hertzell, features representatives of the insurance industry and a member each from Citizen’s Advice, the Financial Services Consumer Panel and the financial ombudsman. Officials from the Treasury and the Ministry of Justice also attend meetings.

Legal representative groups have been invited to stakeholder meetings and will be able to submit evidence to the taskforce.

A spokesman for the Motor Accident Solicitors Society (MASS) said there was no explanation for the exclusion of lawyers from the head table of a group which will assess the influence of the legal profession.

He added: ‘We shall be preparing a detailed response to the questions posed by the taskforce.

‘It remains disappointing, however, that claimant groups continue to be excluded from the detailed work of the taskforce given how closely MASS and others have collaborated with the insurance industry, both in the past and presently, on direct initiatives to combat claims fraud.’

Former MASS chair Donna Scully tweeted: ‘Why are claimant groups not being allowed to work with Fraud Task Force on “even footing” with others involved? Unnecessary retrograde step.’

The group is expected to report by the end of this year into how to combat fraud of all kinds, including motor claims. These recommendations are likely to form the bulk of any Conservative government’s future plans for civil litigation. 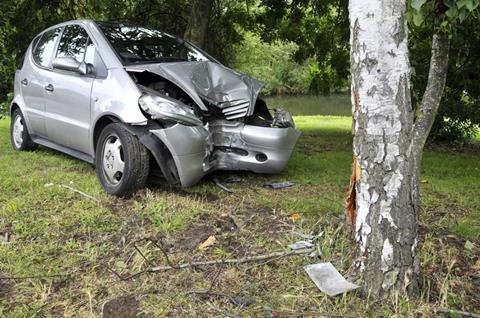 The taskforce’s initial report suggested there is no simple profile of a ‘fraudster’, with those involved ranging from organised gangs in ‘crash for cash’ scams to otherwise law-abiding citizens who commit insurance fraud when given the opportunity.

Efforts to combat fraud are likely to focus on the role of fraud data, fraud deterrents in the claims process and the perception that insurance is ‘fair game’ for fraud.

Meanwhile, the instigator of one of the biggest reforms to the claims industry has suggested current rules are not working.

Blackburn MP Jack Straw (pictured right), in a column for the Lancashire Telegraph, said the referral fee ban – announced by the government days after Straw had introduced a bill to tackle the issue – is currently failing because people have found ways round it.

‘These reforms have been partially successful,’ said Straw. ‘On average premium levels have dropped 20% since their peak in 2012. But they are now starting to creep up.

‘Why? Because loopholes in the regulations for the passing of personal data have been found and because of the persistence of fraudulent claims.’

The MP, who is retiring from parliament in May, said further reforms are ‘clearly needed’.