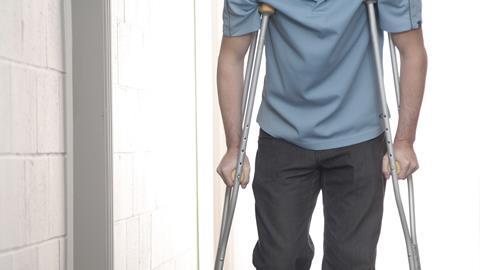 Progress is being made to finally deciding how accidents with more than just whiplash injuries should be compensated.

In an update, Official Injury Claim (OIC), the online portal for all RTA claims worth less than £5,000, announced that the mixed injury working group has made significant steps in resolving this issue.

The group, made up of representatives of the claimant and insurance sectors, has now agreed the basis upon which it will work to fast-track cases to the Court of Appeal.

The work is needed as neither the Civil Liability Act nor the portal regulations directly address the question of how to value damages for pain, suffering and loss of amenity, where there is no set tariff, when victims have also claimed for whiplash - where a tariff is established.

It was always envisaged by the government that the matter would be decided by the courts but the portal has been in operation for more than 14 months during which a backlog has built up of thousands of mixed injury cases requiring guidance.

The OIC said first instance judgments are now starting to be handed down and they are being sifted through to decide which will be determined at the Court of Appeal.

Both the defendant and claimant groups have instructed lawyers: Andrew Parker of DAC Beachcroft for the defendants and Mark Harvey of Hugh James for the claimants. They are coordinating the selection of claims to use as test cases.

Lawyers have called for greater urgency in settling this issue and stop their clients being left in limbo, not knowing whether to settle their claim now or wait for Court of Appeal guidance.

‘A lot depends on the nature of the offer from the at fault insurer and any discount they apply for any overlap between the injuries, said Stuart Hanley, head of practice at claimant firm Minster Law. ‘The offer may well be lower than what a claimant could expect from the court, which will leave them at risk of detriment. For injured people having to decide whether to stick and wait (for several months) or gamble and risk under-settling their cases, this does not feel like an improvement to the old system that ministers promised.’

According to OIC data, just 30% of claims presented between April and June this year were covered solely by the tariff, with 66.7% classed as mixed claims. The uncertainty around compensation levels has affected the OIC’s ability to close these claims, with just 34,548 cases settled out of the 280,172 submitted since the portal was set up.