Lawyers should be last resort for separating families - McFarlane

Parents who are separating should turn to lawyers and the courts only as a last resort, the president of the family division has said, commending a new report that calls for parental breakdown to be moved away from a ‘justice’ response.

The judiciary today published a 123-page report by the Family Solutions Group, which was asked to look at improving the experiences of, and opportunities for, separating families away from the family court.

Nearly three decades after the Children Act 1989 was implemented, replacing the concept of child ‘custody’ with a new legal concept of ‘parental responsibility’, today’s report says the inspiring principles underpinning the act have yet to be fully realised. Rather than introduce policy and funding to support awareness of ‘parental responsibility’ and ‘child welfare’, the report says ‘successive governments have funded our family justice system, with the door of the court open to all’.

The report adds that the family justice system is also in crisis, with parents making an ‘unmanageable’ number of applications and family courts ‘stretched beyond limits’.

Looking at what can be done now to improve the system, the group makes several recommendations, including a public education campaign to reframe family breakdown away from ‘justice’ and towards understanding child welfare. Language should shift away from legal disputes towards a language of supporting parents to resolve issues together.

Accountability should be introduced to ensure compliance with the Law Society’s family law protocol to safeguard children from acrimonious legal representation on behalf of parents.

The report concludes that the divorce reform being introduced next year represents a perfect opportunity to begin the shift. 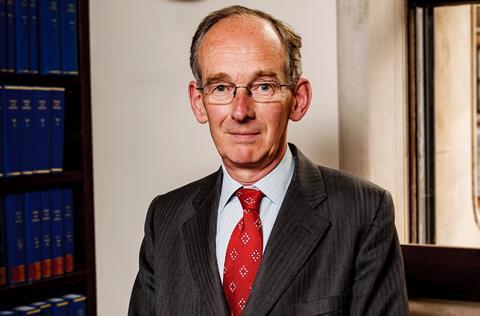 Commenting on the report, Sir Andrew McFarlane, president of the family division, said around 40% of all separating parents bring issues about their children’s care to the family court to determine – a ‘startling and worrying’ figure.

He said: ‘Where there are no issues of domestic abuse or child protection, parents ought to be able, or encouraged, to make arrangements for their own child, rather than come to a court of law and a judge to resolve the issues.

‘The number of these private law applications continues to increase, and the trend is that more and more parents see lawyers and the court as the first port of call in dispute resolution, rather than as the facility of last resort as it should be in all cases where domestic abuse or child protection are not an issue.’

The family solutions group is a sub-group of the private law working group, chaired by Mr Justice Cobb.

Cobb J said: ‘All of us who work in the family courts, and indeed in connected spheres, will benefit from learning the new language adopted in this report. This is but one step in the direction of a much-needed societal shift, through public education and government support, away from what many parents still see as “custody battles”, to the long-term goal of cooperative parenting.’