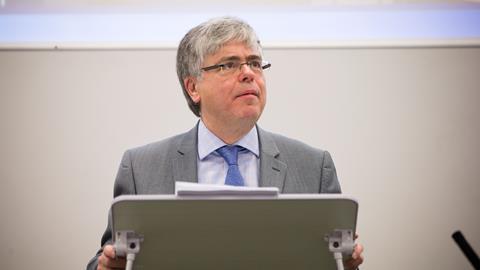 A ‘crisis’ in Welsh legal scholarship must be addressed through a process of ’decolonisation’ from England, a leading barrister-academic told last Friday’s Legal Wales conference.

Professor Iwan Davies, senior pro vice-chancellor of Swansea University, said Wales’s law schools are not fit for purpose and would benefit from fresh thinking that could include ditching the LLB and three-year undergraduate programme.

’If there is a future for Welsh law schools it must be in differentiation,’ professor Davies told the 200-strong gathering. This is essential if Wales is to recruit and attract legal talent, and ’support the development of Wales as a confident emerging jurisdiction within the family of the common law’, he said.

Davies outlined what he perceives to be the huge challenge facing higher education in Wales as the nation’s legal system diverges from that of England.

Only Cardiff and Swansea feature in the top 500 universities in the world for law, as ranked by higher education data specialists QS. Just 44 individuals at Welsh law schools have world-class academic credentials - inadequate to deliver ’the kind of critical mass that needs to accompany the development of a new jurisdiction’.

Davies also pointed out that just £1m is spent on supporting Welsh law schools, of which half goes Cardiff, a quarter to Swansea, and the rest to Aberystwyth and Bangor universities.

On research funding the ’performance of Welsh law schools is significantly worse than that in England’, he added, at less than 0.01% of the total. This compares with 0.2% for Russell Group institutions in England.

’The point here is not to cry in one’s beer, but we have a systemic issue that we need to address,’ said Davies. ’There is a crisis in legal scholarship.’

Davies said Wales needs to develop a new ’paradigm’ for legal education, adding: ’There needs to be a fresh approach around an empirical research programme. Law schools in Wales look too much like English law schools. Is there a case for ‘decolonisation’ of Welsh law schools [so that we are] not merely an annex of England?’

He added: ’We have to provide quality legal education and opportunities for our students. Times/Guardian league tables show too many of our law schools are beneath the middle ranks. That simply isn’t good enough.’

Davies also pointed to the importance of attracting a higher proportion of Wales-domiciled law students to Welsh law schools. He outlined a string of potential initiatives, including:

Davies suggested that with Law Society and bar help, a case could be made for developing a ’Welsh society of public teachers of law’.

Calling for a conference to examine for the future of Welsh law schools, he concluded: ’If we cannot provide opportunities for our graduates, we are cynical as legal educators.’