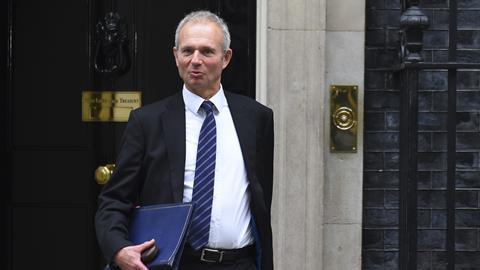 The lord chancellor told the justice committee of the House of Commons that he accepted responsibility for the decision to reduce the number of claimable pages of prosecution evidence from 10,000 to 6,000. Lidington said he was aware of the concerns raised by the legal profession, but said the move was made after ‘careful thought’.

He stressed that legal aid lawyers will still be paid on the basis of the hours of work that are required on a particular case. ‘What yesterday’s decision has done is to restore the status quo of what the policy intention had been,’ he added.

Lidington said the government’s review of changes made by the Legal Aid, Sentencing and Punishment of Offenders Act will be published in the ‘very near future’. He offered few hints at wholesale changes and indeed stressed that he had to ‘have in mind the budget is not unlimited’.

Elsewhere, there was little to cheer for either employment or personal injury lawyers on the basis of Lidington’s response to questions from MPs.

The justice secretary said the Supreme Court judgment in the summer, which ruled employment tribunal fees unlawful in their previous form, had prompted a look again at the department’s overall approach to charges. But he maintained that the imposition of fees helps fund the costs of proceedings and also deters frivolous or vexatious litigation, and he refused to rule out re-introducing fees at some level in future.

‘The key lesson I took from the [Supreme Court] judgment was that these are a reasonable way in which to secure a contribution towards the running of courts and tribunals, but in setting the level of fees the government needs to have very careful regard to access and affordability,’ he said. ‘There was nothing in the judgment that seemed to rule out fees as a matter of principle – as a matter of fact the reverse was true.’

Asked whether he intended to continue previous plans to increase the small claims limit to £5,000 for RTA claims and £2,000 for other personal injury claims, he answered immediately: ‘Yes.’

Lidington explained the £2,000 limit would still ensure it was possible to pursue claims, for example after an accident at work.

The reason for the disparity with RTA claims, he said, was the relatively high number of whiplash cases in comparison with other advance economies in the world.

Lidington added: ‘I would argue these are not cases where it ought normally to be necessary to have legal representation. These are not too dissimilar to an insurance claim of some kind. You have a fixed tariff available and if you have the evidence to show you are a victim it is fairly straightforward.’

Questioned on timescale, he said reforms were in the pipeline but were subject to constraints of parliamentary time and the demands of Brexit legislation.