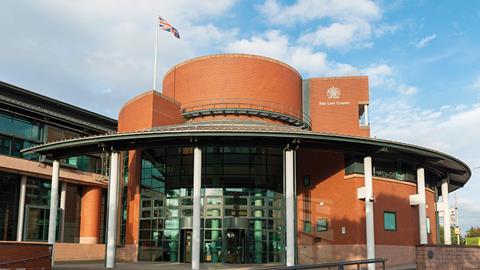 The president of the Family Division has called on lawyers to help fund a support scheme for litigants in person. Sir Andrew McFarlane’s plea came days after the Support Through Court charity confirmed it was closing four centres.

Last week, the charity confirmed a report in Private Eye that it was closing centres in Preston, Southampton, Bournemouth and west London. However, chief executive Eileen Pereira told the Gazette that Support Through Court will continue to operate from 18 courts in England and Wales ‘thanks to dedicated volunteers’.

Pereira said: ‘In January we will officially launch our national telephone line, again manned by volunteers, which will ensure our services remain accessible to vulnerable litigants in person, not least those who do not live within reach of one of our centres.

‘We are grateful for the financial assistance we receive from the Ministry of Justice and for the funds provided by our much-valued donors and corporate partners, on which we increasingly rely.’

Government funding makes up 40% of the charity’s annual £1.4m budget. Cost per contact is just under £20. Annual contacts have risen by 10,000 on average in each of the past four years.

Last week, McFarlane told a Personal Support Unit conference that it seemed reasonable ‘to invite each of the main private client family law firms and barristers’ chambers to consider making a modest annual contribution’ to ensure Support Through Court services are available to every litigant in person in every court centre.