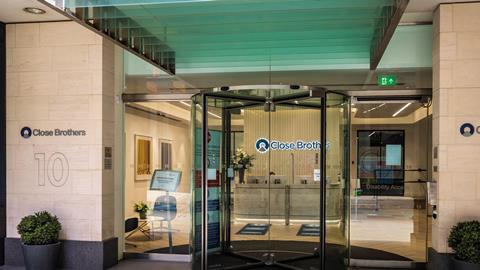 One of the UK’s biggest providers of litigation finance has made a £6m provision to compensate clients following a review of historical loans.

Novitas Loans, a subsidiary of merchant banking group Close Brothers, announced last year it would stop all new lending to legal services customers, as the group had decided the business did not align with its long-term strategy and risk profile.

Newly published annual accounts for Novitas, covering the year ended 31 July 2021, disclose that the business incurred heavy losses over the period. A footnote under ‘other expenses’ also explains that a provision of £6.22m had been made for potential redress to people who took out loans for family and probate litigation.

The accounts state: ‘This provision is based on an outcome review of existing customers for this particular product, which concluded that it was appropriate to offer redress to certain customers.’

No further information is given about the loans and why the redress was considered appropriate. Close Brothers has not commented publicly on the provision.

Novitas was a key partner of solicitor firms working in family, probate, civil litigation and clinical negligence, offering to finance litigation where there was no longer any prospect of public funding or other funding agreements. But after several years in the black, culminating in Novitas posting a pre-tax profit of £10.3m in 2020, the business suffered a dramatic downturn in 2020/21, losing £50.6m pre-tax and seeing total assets fall 16% to £183m.

The company said: ‘The loss for the year is mainly driven by provision for impairment losses reflecting the latest assumptions on case failure and recovery rates, and by evaluating a range of possible outcomes based on conditions and information available at the balance sheet date.’ The accounts reveal that impairment losses on loans and advances to customers came to £73m in 2021, compared with £17m the previous year. The statement also shows that as a result of one of its key intermediaries – thought to be north-west firm Pure Legal – going into administration, Novitas was likely to suffer a loss of £39m in the six-month period ended 31 January 2022.

Novitas added that it will remain focused on supporting existing customers, working with their solicitors and insurers to manage its existing loan book in their best interests. The scale of Novitas’ involvement in the legal sector before exiting the market is reflected in the scale of its operations. At July 2021 the company was owed £183m by debtors, most of whom are understood to be customers who took out loans to fund legal services.