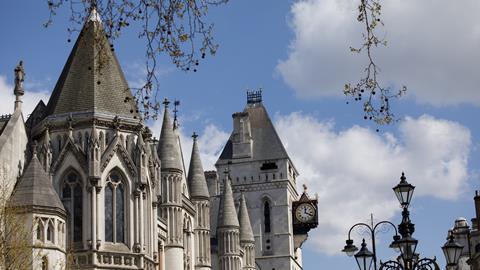 A costs judge has ruled that a wealthy lawyer and TV presenter from Kazakhstan has no basis for disputing the £194,000 legal costs charged to her for an asylum application.

Nurgul Yertayeva had accused her former representatives, London firm Farrer & Co, of overcharging, exploitation and other misconduct, but Costs Judge Leonard ruled these allegations were ‘unfair and untrue’ and based on distortions of the facts.

He concluded that the proposition that Farrer’s charging rates were in any way unusual was ‘entirely unsupported by evidence’. Instead, Yertayeva’s evidence was deemed to be unreliable and the judge stated that she understood the level of service – and its associated costs – and had been prepared to pay for it in order to give her asylum application every chance.

In Farrer & Co LLP v Yertayeva, the court heard that the defendant had arrived in the UK in June 2018 to attend her daughter’s graduation, but she was then fearful of returning to Kazakhstan and wished to seek asylum in the UK.

Hinchin told the court that Yertayeva was a high-profile and successful businesswoman and lawyer in her home country, and along with her husband was a member of the Kazakhstan ‘intelligentsia’.

Based on their communications throughout the retainer, it was apparent that the defendant fully understood the advice and gave instructions with informed consent.

Yertayeva submitted that she had understood the figures quoted to be an inclusive figure covering all costs. She signed a letter of engagement because she could not believe the possibility of British lawyers ‘tricking’ her, and described herself as a ‘vegetable’ because of her state of mind, the time pressure to make the application and her limited grasp of English.

Costs Judge Leonard said Hinchin’s evidence was ‘clear, credible and reasonably consistent’, and was in line with the documentary record. In contrast, the defendant’s evidence was ‘vague, muddled, riven with inconsistencies, inconsistent with contemporaneous records and in parts plainly misleading’. The suggestion she was pressured into entering a contract of retainer was ‘plainly untrue’ and she knew all along that she could instruct less expensive solicitors.