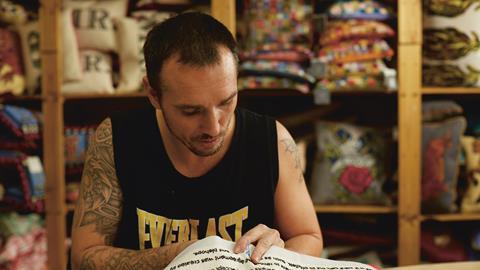 Chris is one of 40 current and former prisoners who contributed to a 13 metre-long embroidery forming part of the British Library’s Magna Carta exhibition.

‘I wanted to create a portrait of our age,’ the designer, artist Cornelia Parker, said. ‘I love the idea of taking something digital and making it into an analogue, hand-crafted thing.’

Magna Carta (An Embroidery) is on display until 24 July at the British Library, London.