Master of the rolls defies homophobia in valedictory speech

The outgoing master of the rolls has spoken of the discrimination he faced as Britain’s first openly gay senior judge, saying he hoped his decision to live a ‘totally open and honest life as a gay man in a court setting’ would inspire others to do the same.

In his valedictory speech, Sir Terence Etherton said he had pledged, as the first openly gay High Court judge, never to hide his sexuality and ‘by and large, that message has been received - and received well - by the senior judiciary’. 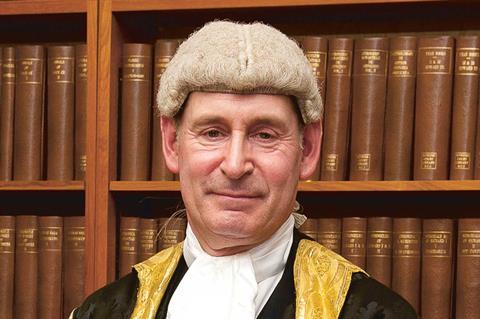 However, he said there had been ‘occasional hiccoughs’, such as a ‘rather grand dinner’ when a judge’s wife asked Etherton’s now husband why he was there.

‘Once she had understood what the explanation was, she simply turned her back on him and didn’t address a further word to him during the whole of the meal. But that was unusual,’ Etherton said.

There was an ‘unwritten rule’ in the judiciary until the 1990s that gay men would not be appointed to the bench, purportedly because they would be vulnerable to blackmail. Etherton – who married his partner in 2014 – is the first ever master of the rolls to have a husband.

‘I hope that I have kept my promise to myself and have been, if at all possible, a role model. Because my experience is that role models have a greater impact than anything else,’ he said.

Etherton, 69, was appointed master of the rolls in 2016. In January, he will be replaced by Sir Geoffrey Vos, who currently serves as chancellor of the High Court.