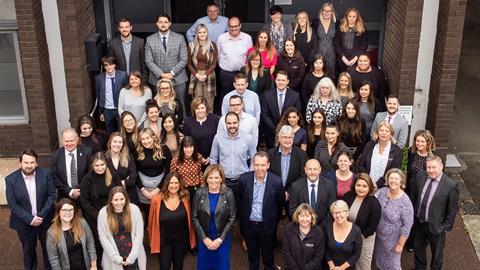 West Midlands firm Talbots Law has become one of the largest legal practices to commit to being owned by its employees. Former chief executive and main shareholder Mary Morgan will sell the majority of her shares to a newly-formed trust that will be predominantly owned by the firm’s 274 staff.

Details of how much employees will have to pay and what Morgan stands to receive have not been released, but the firm says it took the decision to become an employee ownership trust to ‘capture and protect’ the culture of the company.

‘Employee-owned businesses perform better, are more innovative and more profitable and have the security of being owned in a trust, so not subject to being sold or taken over,’ said Morgan. 'It was the only decision I could make when looking to sell a significant number of my shares and, most importantly, is excellent for long-term planning and vision.'

There is no individual contribution or liability for any employee, as the trust will own the majority stake in the company on behalf of its employees as a pool of shares.

Hodgetts, who was appointed as chief executive in August, added: ‘This is an important change to the way the business is owned, not how it’s managed or run. With my fellow board of directors, we remain responsible for the business.

‘One of the benefits of EOT is we get the best of all worlds; the daily work we all do remains unchanged, but we get the flexibility and freedom that comes with having an employee-owned business.’

Talbots has grown quickly in recent years, with 50 extra staff recruited and plans for 30 new positions between now and the end of the year, ranging from back-office to director level appointments.

Annual revenue has grown by 26% during the pandemic to reach an estimated £17m by the end of this year.

Deb Oxley, chief executive of the Employee Ownership Association, said the change is worthwhile for securing the ethos, values and culture of a business for the longer-term.

‘Firms that empower employees by giving them a stake and ‘a say’ offer great benefits and impact for the individuals and the company, which is also felt by clients and the communities it serves,’ she added.

Some 730 businesses in the UK are now employee-owned, including the John Lewis Partnership and Unipart Group. Law firms to have made the transition include Oxford practice Hedges Law, Crossland Employment Solicitors, and London firm Hodge Jones & Allen.