Internal government analysis has shown that disputed data used to justify restricting a particular avenue for legal challenges to government decisions may be wrong, the Gazette has learned - nevertheless, the Ministry of Justice looks set to press ahead with its controversial reform.

The latest twist in the government's quest to reform the judicial review process comes after the statistics regulator took the unusual step of criticising the use of data in the Independent Review of Administrative Law.

The government is proposing to reverse the effect of the Supreme Court’s 2011 judgment in Cart, which would prevent Upper Tribunal appeals being subject to judicial review, after IRAL assessed that only 12 out of 5,502 applications for a Cart JR since 2012 have been successful.

IRAL said the figure represents 0.22% of all applications for a Cart JR since 2012. Describing the figure as  'astonishingly low', the lord chancellor said that a 'huge amount of judicial resource is being used to rectify a vanishingly small number of errors'. The 0.22% figure is mentioned four times in the government's Judicial Review Reform consultation. 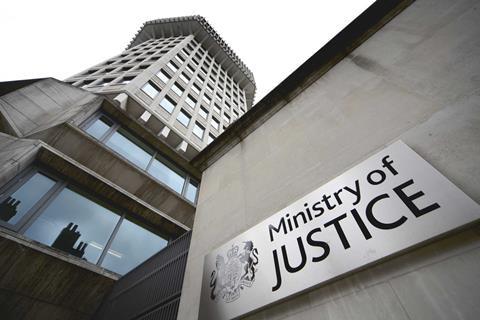 However Public Law Project, which supports people in accessing public law remedies, said the 0.22% figure was incorrect and misleading, because it is based only on reported cases, of which 45 were found by the IRAL panel. It asked the Office for Statistics Regulation to urgently review the data.

In April, MoJ officials acknowledged concerns over the 0.22% figure and said they were closely scrutinising the data. The Gazette has now learned that the department's analysis shows that the figure is likely to be too low. However, officials still estimate that only a very small percentage of Cart appeals are successful and will set out its analysis in more detail in the Judicial Review Reform consultation response.

Responding to Public Law Project's request last week, the Office for Statistics Regulation said it was not usually within the regulator's remit to comment on the use of statistics in independent reviews.

'However, we agree that the main assumption that underpins the analysis – that all unreported Cart cases are failures – is overly simplistic, because we know that some unreported cases have successful outcomes… It would have been helpful if the report had discussed the limitations of the analysis, including the rationale for the assumption,' said Ed Humpherson, director general for regulation.

The regulator supported a call for better data on the judicial review process.

Humpherson said: ‘My team spoke to the MoJ team that supplied the data on judicial review applications to the IRAL panel that informed part of the panel’s analysis. MoJ has agreed to review how the data are presented in its publications and the associated caveats. It also said it would examine the possibility of collecting improved data in the longer term.’'

An MoJ spokesperson told the Gazette: 'We are grateful for the panel’s analysis and for the work of others in evaluating their findings. A huge range of data continues to be assessed as part of our public consultation on judicial review, which will report back in due course.'