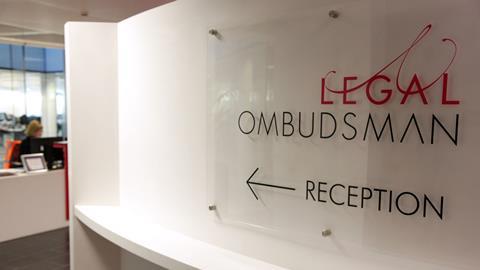 More funding for ombudsman despite failings

Oversight regulators were today expected to vote through a 5.8% budget increase for the legal ombudsman – despite admitting that the complaints handler continued to fall short of its targets in the last year.

The Legal Services Board said the revised £15.3m budget for 2022/23 will give the Office for Legal Complaints the chance to stabilise and produce ‘sustainable and acceptable’ performance over the next 24 months.

In a paper prepared in advance of today’s LSB board meeting, the regulator acknowledged the current backlog is 1,457 higher than predicted a year ago and case closures are 10% below target. This followed a 13% budget increase approved in March 2021, signed off with a warning that the board needed to see results and would call in the government to pursue ‘alternative arrangements’ if performance continued to be poor.

The LSB said it recognises the ‘shared frustration’ that minimum expectations were not met despite last year’s cash injection but sees enough signs for optimism to approve another funding increase.

The latest LSB paper said: ‘On our assessment, the Office for Legal Complaints has succeeded in stabilising the scheme and, while the metrics fall far short of an acceptable level of performance, there are positive developments to note in recent months.’

The forecasts come as the ombudsman continues to be in dispute with the Public and Commercial Services Union over its refusal to recognise a trade union. The PCS claims that the organisation has ignored issues around high staff turnover and workplace stress, a suggestion the ombudsman said was ‘disappointing and misleading’.

Meanwhile, the ombudsman has reported that residential conveyancing was again the biggest cause of complaints for 2020/21, with the proportion of overall complaints rising in a year from 28% to 30%.

Chief ombudsman Paul McFadden said: 'It is clear that there is an underlying core of dissatisfaction with legal service provision, expressed through the complaints system, that is not changing or being sufficiently addressed.'