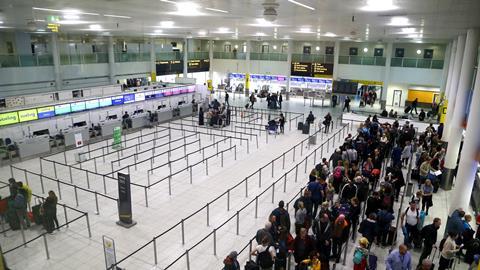 MPs say they will push legislation in the new year that could prevent the type of public shaming of two innocent people arrested in relation to the Gatwick drone incidents.

Media reports and high-profile commentators over the weekend named the Sussex couple arrested in relation to the reported flying of drones near London Gatwick Airport, which caused hundreds of cancellations and grounded flights.

The Mail on Sunday pictured the pair, who were released after 36 hours and are no longer suspects, on its front page and asked: ‘Are these the morons who ruined Christmas?’. Television presenter Piers Morgan described the pair as ‘clowns’ and later apologised for his tweet.

The case has evoked memories of the media handling of Christopher Jefferies, arrested in 2010 in relation to a murder investigation but exonerated and never charged, and more recently the publicity surrounding police enquiries relating to the singer Sir Cliff Richard. In both cases suspects were named while the investigation was ongoing and they both later complained about media coverage.

Conservative MP Bob Neill, the chair of the justice select committee, said today he would work alongside colleagues Anna Soubry and Huw Merriman to support legislation, already laid in the House of Lords, in 2019.

Soubry said: ‘They [the pair questioned over the drone incident] should not have been named in the media. We need a new law to make it a criminal offence to breach anonymity until charge unless in the interests of justice.’

Michael Fabricant MP backed her call, adding: ‘This is something I fully support. Cliff Richards [sic] and too many others have been “found guilty” before they were even charged. This is not natural justice - nor English jurisprudence.’

Lord Paddick (the former senior police officer Brian Paddick), the Liberal Democrats spokesman in the Lords, has a private members bill awaiting second reading  which would make it illegal to identify suspects before charge without the authority of a Crown court judge.  It is likely MPs would support this bill as a method of securing a law change.

David Malone, a human rights and criminal barrister specialising in the field of sexual violence and victims’ rights practising from Red Lion Chambers, asked earlier this year whether we had reached a ‘tipping point’ for legislating for anyonymity for suspects pre-charge.

‘Even a brief review of history tells us that this is far from a straight-forward decision,’ wrote Malone in Lawyer Monthly.   It is a decision that has taxed even the brightest of legal and political brains and unsurprisingly, therefore, it is a decision upon which parliament and politicians have changed their minds or "kicked into the long grass" for decades.

‘That said, history also tells us that this is not a decision that can simply be left to the “careful judgment” of the police or the media, or indeed to the courts who can only do so much to clear up problems.’