Drone law: a question of efficacy

The disruption of flights at London Gatwick Airport after reported sightings of drones brings into sharp relief the complex legal principles that apply to drone use in the UK and across Europe.

In November, Sergej Miaun became one of the first individuals successfully prosecuted in the UK as a result of the illegal use of an unmanned aerial vehicle. The case garnered significant public interest with reports carried in national newspapers and TV news. With the commercial usage of drones set to increase exponentially by 2030, Miaun is likely to be one of many individuals prosecuted for the misuse. 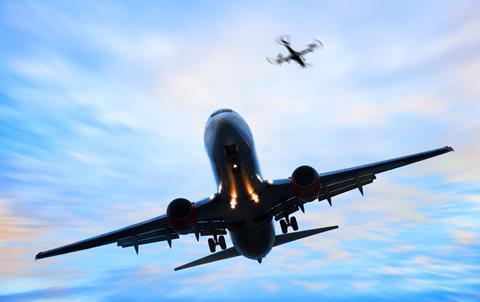 Meanwhile, across the European Union, debate over the efficacy of the new Regulation 2018/1139 concerning drone usage continues to rage. For drone operators, the fragmentation of regulatory governance in this area is particularly concerning in light of the likely importance of commercial drone usage to future economic development.

The circumstances giving rise to Miaun’s conviction are noteworthy in light of the subsequent disruption at Gatwick. On 9 December 2017, a police helicopter had been despatched in the search for a missing woman in the area along the River Nene in Cambridgeshire. In the course of the search, the helicopter pilot was forced to take evasive action when Miaun’s drone flew narrowly underneath. The incident was recorded on the helicopter’s external camera.

The drone was seen to land in a garden of the property owned by Miaun. Following a police search, a Phantom 4 drone was found hidden in a loft hatch above the bath. Whilst Mr Miaun claimed the drone was never more than 420m away from his home, close examination of the flight path revealed the device had drifted twice that distance.

In Europe, drone usage is governed by a combination of national legislation and the new Regulation 2018/1139. [3] This regulation was initially proposed by the European Aviation Safety Agency (EASA) to create a common regulatory framework. The regulation defines the technical and operational requirements for drones whilst enabling member states to retain a considerable degree of flexibility regarding territorial zones in which drones can operate.

In the UK, drone usage is currently prescribed by the Air Navigation Order 2016 (ANO) as amended by the Air Navigation (Amendment) Order 2018. The legislation is necessarily wide-ranging in nature covering a range of different aircraft but it does impose a relatively complex series of requirements on drone operators which are, at present, more honoured in the breach than the observance.

As regards unmanned drones, the relevant legislation cited above has been supplemented by published guidance from the Civil Aviation Authority (CAA). The CAA has also published 'The Drone Code' which is available online. Moreover, the usage of small unmanned aircraft and small unmanned surveillance aircraft in geographical areas within London and other congested towns and cities is subject to a little-known CAA Information Notice bearing the designation 2014/190.

There are, however, changes on the horizon in the UK. The Drone (Regulation Bill) 2019 is due to receive its second reading in the House of Commons on 15 February 2019. A new system of registration and competence training for drone operators is set to come into effect on 30 November.

Miaun was found guilty on two counts of breaching the ANO: one of breaching article 94(3), which states pilots of small unmanned aircraft 'must maintain direct, unaided visual contact with the aircraft sufficient to monitor its flight path in relation to other aircraft'; and one charge pursuant to article 94(2), which states that: 'The person in charge of a small unmanned aircraft may only fly the aircraft if reasonably satisfied that the flight can safely be made.'

Notwithstanding the relevant circumstances of interfering with a police helicopter search for a missing person, the sentence imposed upon Miaun was remarkably lenient. He was fined the sum of £184 along with an order that he pay £280 court costs. He was, however, forced to forfeit the relevant drone.

On one view, Miaun’s conviction arguably demonstrates the efficacy of the current UK legislative provisions that govern the misuse of drones although many will feel that the relevant sentence imposed was insufficiently punitive given the gravity of the two offences in question. His conviction is, however, likely to embolden police and the CAA to pursue further prosecutions relating to the use of drones including in relation to the disruption at Gatwick.

Darragh Connell, is a commercial barrister at Forum Chambers, London and Robyn Allardice-Bourne is a solicitor at Maddox Legal, London.