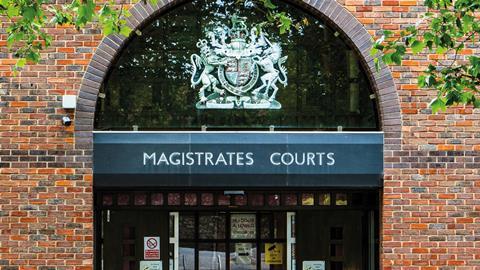 The structure of the magistracy is to be overhauled to bring it into line with the rest of the judiciary, the Gazette has learned.

Work to develop a framework for a single bench for the magistracy is one of several aims contained in the ‘A Strategy for the Magistracy 2019-2022’ document. The strategy, drawn up by the Magistrates Leadership Executive, was endorsed by the lord chief justice in December but has not been made publicly available.

Duncan Webster, national leadership magistrate, told the Gazette that the government has made clear its intention to abolish local justice areas and create a single bench. The 2017 Prisons and Courts Bill would have resulted in the organisation and leadership of the magistracy being dealt with through a system of circuits – as with the rest of the judiciary. However, the bill was lost when the 2017 general election was called.

Webster said the current organisational structure of 73 local justice areas has no strategic design and is out of kilter with other judicially recognised areas that have been subject to reform.

Instead, the initiation and listing of cases could be sensibly organised across a wider geographical area to facilitate improved access to justice, he said. Legislation relating to the payment and enforcement of fines is ‘generally regarded as anachronistic’. Leadership and management arrangements for the magistracy require local organisation.

Webster said: ‘There is a tension between having large [Local Justice Areas] where the business of the magistrates’ courts can be sensibly organised across a logical geographical unit, and having a bench of hundreds of magistrates who may not feel the same “local” affinity. LJAs are no longer synonymous with access to local justice.’

The Magistrates’ Association said it would consider any proposal for a single justice area on its merits ‘but as yet we do not believe that the case has been made for such a significant and potentially destabilising change’.

Penelope Gibbs, a former magistrate, said: ‘The magistracy faces huge problems in recruitment and training. We need to tackle those problems innovatively rather than remove a crucial structure of local justice, which allows magistrates a measure of democratic self-governance.’