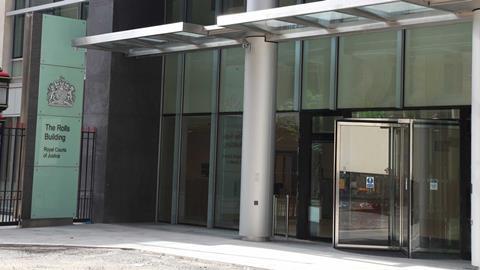 A negligence claim against a leading tax silk over his advice about film financing schemes is ‘a classic piece of reverse engineering’, the High Court has been told as the four-week trial reaches its conclusion.

More than 100 investors are suing Andrew Thornhill QC, 78, over his advice that three materially identical schemes, which were advertised in the early 2000s, would provide tax benefits. The schemes were later shut down by HM Revenue & Customs causing ‘dire financial consequences’ for investors, many of who settled with HMRC, the court heard last month.

Ten claimants – who between them invested more than £3m in the schemes – are having their cases tried as sample claims as investors try and recover their losses from Thornhill, who is said to have advised there was ‘no doubt’ the proposed businesses would be trading.

Thornhill, called to the bar in 1969, testified that he ‘did not make any mistakes’, emphasising that the law and practice have changed since he advised on the schemes. He also said the decision by some scheme members to settle with HMRC was wrong.

In closing submissions, Anneliese Day QC for the claimants said Thornhill’s views on the taxation aspects of the schemes were ‘presented as information which investors could rely on’.

‘It was both reasonable and reasonably foreseeable that [Mr Thornhill] would be relied on by investors (and their personal advisers) in respect of his unequivocal views regarding the validity of the contractual arrangements from a taxation point of view,’ Day argued in written submissions.

However, Tom Adam QC, for Thornhill, said: ‘The duty alleged is a classic piece of reverse engineering by funded claimants, starting with the desired result (a claim against a target with good insurance cover) and working backwards from there.’

He told Mr Justice Zacaroli: ‘Very large sums were at stake in these investments and they were invested in by very savvy, very rich people.’ Adam said: ‘They don’t get to play the “I didn’t understand what I was signing” card.’

In written submissions, Adam described the claimants as ‘members of the UK’s financial elite’, which he said ‘directly bears on whether it was objectively reasonable for them to rely on [Mr Thornhill] rather than take their own tax advice and/or objectively foreseeable that they would do so’.

Closing submissions are due to conclude today or tomorrow and it is expected that judgment will be reserved.