The chair-designate of the Office for Legal Complaints has said consumers should be able to make their complaints about lawyers online.

Wanda Goldwag, appearing before the House of Commons justice select committee today, called for a ‘root and branch’ review of how the process of complaining works – starting with an online system for registering a problem.

She also said it should be easier for consumers to get information about the Legal Ombudsman and whether its services are appropriate for their issue.

‘Consumers are used to making complaints online and having that done,’ she said. ‘At the moment the ombudsman doesn’t have a portal – I would expect [that to come].’ 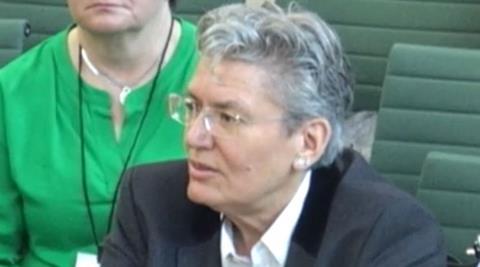 Goldwag, whose background is in marketing and venture capital, struggled at times with detail during her appearance before the MPs, admitting she had not visited a solicitor’s firm since becoming interested in the job and failing to name the regulatory body for barristers.

But she had reassuring words for the professions, stating that part of her job was to ensure regulated individuals had confidence in the complaints process.

‘It has to be seen to [be fair to] both sides – to consumers and micro-businesses but also to the professions that are being regulated,’ said Goldwag.

‘[They should not] feel things are being done on a whim or not through a proper process or they are being disadvantaged. [The ombudsman] must have the authority but also the consensus of the professions.’

Goldwag added: ‘Considering how many legal transactions there are, we have a rather small number of complaints. We are handling around 7,000 cases a year [which] seems to be a reflection of an industry that is acting quite well and handling its own complaints quite well.’

Drawing on that theme, Goldwag said she was in favour in principle of self-regulation, having worked as an independent chair of a body set up by gambling firms to handle its own sector.

She was also quizzed about the expenses issues that dogged previous holders of her post, noting it was ‘distressing’ when public organisations that people expect to be well supervised fall short of their own high standards.

She added: ‘It is something I take very seriously. I have sat down and written down my tube tickets [price] and sums of money for 40p because that is what I have to do.’

Goldwag was named as preferred candidate for the post by the Legal Services Board last week. If approved, she is due to succeed Steve Green on 31 March.