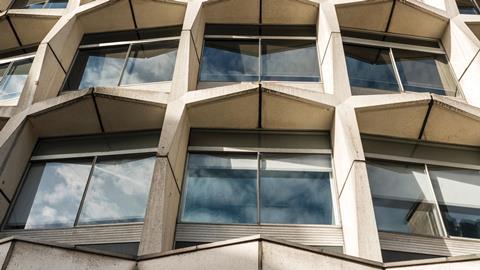 The Government Legal Service is abandoning its federal model in favour of centralisation and fees are coming down, according to Treasury Solicitor Jonathan Jones. Monidipa Fouzder reports.

The looming general election means no let-up for Whitehall’s lawyers – and they will be working against the backdrop of a structural upheaval that has lasted two years (and counting). Speaking at a networking event organised by the Whitehall and Industry Group, the head of the Government Legal Service (GLS) delivered an insight into changes that will make 2015 even more challenging than it is already.

Treasury Solicitor Jonathan Jones’ department is shortly to be renamed the Government Legal Department, reflecting its expanding role and ditching the ‘federal’ model of discrete teams that has operated until now. Several of those teams have been brought into TSol over the past two years – including the Home Office and Ministry of Justice – with the aim of creating ‘a stronger, more united legal function’.

TSol (as it is now broadly defined) has grown to employ more than 1,800 people, including over 1,300 lawyers. The department is due to expand even further, with TSol in ‘active discussion’ with the Ministry of Defence and Department of Energy & Climate Change.

The new structure has enabled Jones to ‘eliminate duplication and overlap’, but he cautioned: ‘This was always planned to be a staged process rather than a “Big Bang”.’ For the moment at least, HMRC, the Department for Business, Innovation & Skills, the Attorney General’s Office and the Foreign & Commonwealth Office teams remain outside.

One example of overlap is that nearly all GLS legal teams handle issues relating to information law (freedom of information and data protection): ‘This is valuable and important work,’ said Jones. ‘But we don’t need to do it 15 times in 15 separate legal teams. We need to do it once, do it well, and then share the relevant knowledge around the rest of the system.’

In a further bid to ‘refine the multiple sources of guidance which already exist around Whitehall legal teams’, TSol is piloting a specialist team of statutory instrument drafters. This is a response to concerns emanating from parliament about the number of instruments that have had to be drafted to correct mistakes in previous ones. ‘Not all of those are legal or drafting errors,’ said Jones, but given the highly visible nature of the product to parliament, users and courts, ‘we know we have work to do to drive the quality of our drafting up to the standard of the best’.

As a result of the government’s policy to centralise services, and the resultant growth and development of TSol, the department is ‘sufficiently new and different to deserve a new name’, Jones said. The ‘Government Legal Department… won’t win any prizes for innovation or imagination but we do think it describes clearly what we do.’ The change has yet to be implemented, but ‘for those who care about history, I will remain Treasury Solicitor’, Jones added.

Notwithstanding his efforts to make the department lean and mean, Jones stressed that the changes are taking place in a period of continuing – and tightening – budgetary constraints.

TSol’s annual budget of £160m comes almost entirely from fees charged to other government departments for the work it does. These are a combination of hourly rates (mainly for litigation work) and fixed fees (for advisory work). The department is required to meet its costs (primarily staff and accommodation). ‘I’m in trouble if I make a loss,’ Jones said, ‘but we do not aim to make a profit – and there’s not a lot of point, as any surplus goes back to the Treasury anyway.’

The department’s charges, he noted, are ‘highly competitive’ when compared with the private sector. When the department outsources work to the self-employed bar or solicitors in private practice, ‘it is part of our job to get the best possible value for clients’.

Jones added: ‘There is a clear imperative on me and on the GLS to demonstrate that we are providing the government’s legal needs as efficiently and as economically as possible. It absolutely cannot be right that when so much of the rest of the Civil Service is facing cuts, lawyers are somehow exempt.’

Over recent years, the department has reduced its litigation fees by a total of 7% and advisory fees by 8%. Hourly and fixed fees have been frozen for 2015-16. Other measures will include ‘looking carefully at the grade at which work is done, the mixture of seniority and experience within teams, and whether lawyers need to be replaced when they move on or when particular projects are complete’.

It is of course a duty for government lawyers to support the incumbent administration right up until a general election. And if politicians are slowly detaching themselves from the day-to-day business of government following the adoption of fixed-term parliaments, lawyers have no such dispensation.

Jones said: ‘Quite a lot of legal work still remains to be done, not least completion of the large number of statutory instruments necessary to deliver the government’s deregulatory agenda – the “red tape challenge”.’

Parliament will be dissolved at the end of March, but government ministers remain in office: ‘There may be… specific legal questions about whether and how legal powers can be exercised during that period, and what difference it makes that there is no parliament in existence,’ Jones said. ‘The process of putting together a new government may itself raise legal or constitutional issues on which I, my specialist constitutional law team in the Cabinet Office and the experts in Parliamentary Counsel Office will be called on to advise.’

Whatever the outcome of the poll, Jones predicted that a ‘joined-up, coordinated legal response’ will be required to meet the demands of ‘big topics’ that will confront the new government, such as the economy, Europe, immigration and devolution. New joint teams or other structures may have to be established to deal with this, he stressed.

Jones’ noted wryly that some of the work his department does – though central to the life of the nation - ‘doesn’t necessarily make [us] popular at parties’.

He should know. Some 22 years ago, the first bill Jones worked on as a government lawyer concerned… rail privatisation.