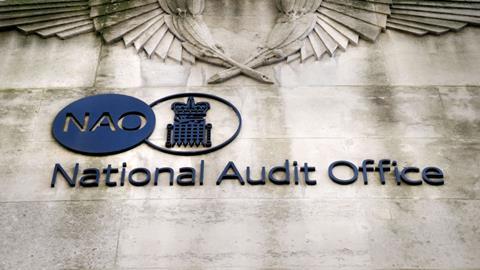 The probe comes amid concern that claims against NHS hospitals cost a ‘significant and rising’ amount, with the Department of Health spending £1.5bn in this area in 2015/16.

‘We will also assess the NHSLA’s contribution to helping trusts to reduce the number of negligence claims they receive by sharing learning about past incidents and by encouraging wider forms of redress for affected patients.’

Evidence is being collected for a report likely to be published next summer.

A government response to a consultation on fixed recoverable costs in clin neg claims is expected soon.

In a bid to reduce costs, the NHSLA has already announced a new mediation service, but claimant lawyers say the authority would be better served advising trusts to settle claims early rather than allowing proceedings to be issued.

The Society of Clinical Injury Lawyers (SCIL) pointed out that the NAO’s intervention comes on top of critical reports by the Public Accounts Committee and Care Quality Commission.

SCIL Chairman Steve Webber said: ‘This NAO inquiry is long overdue and critical for the safety of patients. Government has been looking at the issue in the wrong way for far too long so parliament’s intervention is welcome.

‘Ministers have conveniently overlooked the fact that costs are rising because too often "indefensible" cases are being dragged into the courts as trusts and NHSLA just add to the frustration and suffering facing patients hurt by procedures going wrong.’

In a statement, the NHSLA said it will work with the National Audit Office as it examines the underlying causes of rising clinical negligence liabilities.

It added: '[Value for money] studies are a recognised way to routinely examine major areas of government expenditure and the NHSLA welcomes the study and the independent perspective that the NAO will bring to this issue.'