Nightingale court closes less than a month after it opened

The Ministry of Justice has already closed one of the 10 Nightingale courts set up to ease pressure on the justice system as a result of the coronavirus.

Latest government figures show that the criminal court backlog has surged past 500,000 cases over the summer. However, justice minister Chris Philp confirmed in a written parliamentary answer published yesterday that Hertfordshire Development Centre, in Stevenage, is now closed. 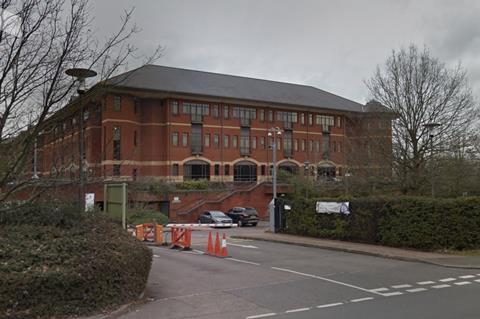 He was responding to shadow solicitor general Ellie Reeves, who asked how many cases have been heard at each of the active Nightingale courts and when the additional eight courts will become operational.

Philp said HMCTS had been tracking the utilisation of each Nightingale court for the ‘first weeks’ of operation. ‘Utilisation gives a better view of how much the courts are used than figures on cases heard – where courts are deliberately designed to hear longer cases, ‘cases heard’ might be low despite the court being in constant use. These estimates have been compiled from local records and compared very favourably with the utilisation of permanent courts prior to Covid-19,’ he said.

However, Philp’s response states that the Hertfordshire venue, which opened on 17 August, ‘was hired for a specific period to meet a targeted operational need. This site is now closed’. The temporary court was dealing with civil work from Luton and Watford county courts.

A spokesperson for the Ministry of Justice told the Gazette that the Hertfordshire court was open for two weeks, which was always the plan.

HM Courts & Tribunals Service’s list of Nightingale courts, published on Gov.uk, does not say that the Hertfordshire venue is closed.

The overall costs of the first 18 Nightingale courts at the end of the financial year will be £10m, excluding judicial costs.