‘Opportunist and rogue’ paid McKenzie friends can and should be ‘nipped in the bud’, according to research for the bar due to be published today. The problems unqualified advisers pose during court proceedings may be only the tip of the iceberg, research by Cardiff and Bristol universities will say.

The study, commissioned by representative body the Bar Council, shows that ‘there is enough that is concerning’ to justify efforts to tackle the worst of the sector.

However, the ‘Study of fee-charging McKenzie friends and their work in private family law cases’ showed that most paid McKenzies are seeking payment for advice they give outside the courtroom. Only a few attempt to represent their clients in court. 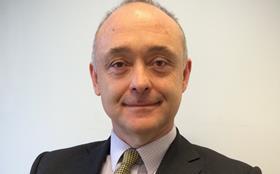 According to Andrew Langdon QC, chair of the bar, this could mean that problems experienced inside court may only be the ‘tip of the iceberg’ of the overall impact on the legal profession. He added that some McKenzies will charge more than a junior barrister for advice, despite the fact that they provide ‘less value and protection to those in need’.

Langdon said the number of McKenzies seeking permission to represent clients in court is smaller than feared and that it ‘can and should be nipped in the bud without impacting access to justice’. That said, the ‘court observation’ stage of the research showed evidence of some McKenzie friends’ active efforts to exercise rights of audience, he said.

The report identified three main types of fee-charging McKenzie: business opportunists; rogues who behave inappropriately; and family justice ‘crusaders’, who take up the role following their own bad experience in the family courts.

Langdon said: ‘There is a broader issue here – that many people seeking justice, who may have been denied legal aid following years of cuts, have no choice but to turn to a McKenzie friend, paid or otherwise, at their time of need, for legal advice and support.’

However, he added that the research should be viewed against the wider backdrop of the good work that traditional (non-charging) McKenzie friends provide.

Speaking about the research, Dr Emma Hitchings, senior lecturer at the University of Bristol Law School, said there was also much that was positive about the work of paid McKenzie friends.

‘This is the first research to explore the views of clients of McKenzie friends and those we spoke to reported receiving a great deal of valuable support at a relatively low cost,’ she said. She added that many McKenzie friends are keen to engage in education and training or have sufficient knowledge and experience to improve the ability of litigants to manage their cases.

Hitchings added: ‘On the other hand, it does appear that the business practices of paid McKenzie friends need improvement. The issues to be addressed here relate more to work done outside of the court room than at court. It is clear that any future decisions about responses to the work of paid McKenzie friends in court should be proportionate to the relatively small scale of the problem compared with the needs of litigants in person more generally within the court.’

Last year, a paid McKenzie friend was jailed for perverting the course of justice after making false statements about a psychologist’s report presented in court. David Bright ran an organisation called The Parents Voice that purported to offer help in family cases.

Despite repeated requests the judiciary has not indicated a firm date for publication of responses to the consultation.