Bill Nash, who has died following a short illness, brought a unique energy and commitment to his work as a solicitor. He was in his element in dealing with casework and the cut and thrust of legal practice. His varied career ranged from early years at the forefront of human rights, and representing defendants in high profile trials, to north London legal aid practice. 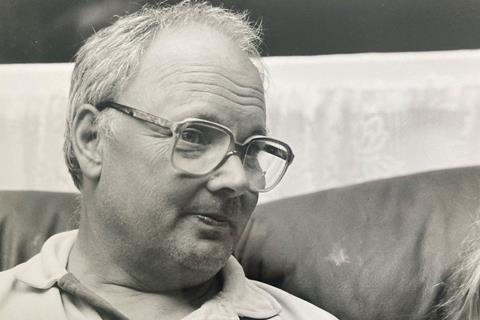 His natural empathy with his clients, and his readiness to assist by attending a police station or court, meant that he worked hard until the end of his life, just missing completing the full year of his 50th practising certificate. Bill was an exceptionally gifted advocate, equally commanding in the magistrates' court and Court of Appeal, who might have had a successful career at the bar. He took eager advantage when it became possible for solicitors to appear in Crown court trials in the mid-1990s.

Born in Wales, orphaned in his teens, Bill took a law degree at Oxford, and went on to qualify as a solicitor in the 1970s. After training with Ben Birnberg, he was appointed legal officer at the National Council for Civil Liberties. At a time when action on human rights was still embryonic, he used his skills on behalf of reluctant servicemen, young people, and gypsies and travellers and grasped the importance of the European Convention on Human Rights, having an impact on a number of cases.

The 1970s featured a number of high-profile trials. Bill, now working independently, took on the defence of journalist Crispin Aubrey in the notorious ABC trial at the Old Bailey in 1978, in which the defendants were charged with offences under the Official Secrets Act, Aubrey being charged with unauthorised receipt of classified information. The trial and the campaign around it led to a re-examination of secrecy legislation.

In 1981, Bill set up Nash and Dowell in North London with partners, initially Liz Dowell, and then Kim Speller. He was a founding member of the duty solicitor scheme at Highbury Magistrates’ Court, and maintained a successful and busy criminal law practice for several decades. Ultimately, the wide-spread impact of legal aid restructuring led Bill and Kim to end their partnership and join first Frank Brazell & Partners as consultants, and later, for Bill, BSB Solicitors. BSB were to hold a memorable retirement do online during Bill’s illness.

Bill’s skills as an advocate and his flair for representation meant that he was much respected by the courts, police, and professional colleagues, and he will be remembered and missed by his clients. He relaxed by sailing, and owned a series of yachts which he kept in Essex marinas, enjoying great days at sea with friends. He leaves two children, Megan and Owain, in whom he took great pride, stepchildren Penny and Kirsty, and niece and nephew Ella and Luke.

Bill’s funeral will take place on 26 January. Details can be found here.