Pakistani authorities have marked the runup to a day of international concern about the risks faced by lawyers in the country by detaining a well known human rights defender at Lahore Airport. Jalila Haider, a lawyer and campaigner for the minority Hazara community, posted on social media this morning that she had been detained for seven hours while on the way to a conference in the UK. 'They mentioned that my name is placed in ECL [exit control list] due to anti state activity,' Haider claimed. 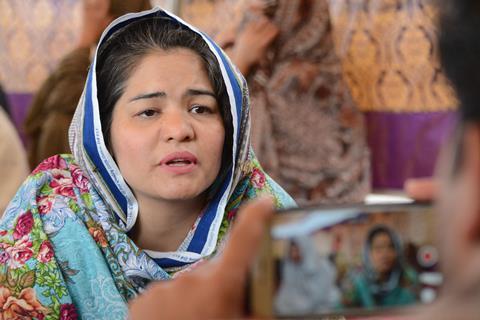 Haider's lawyer Asad Jamal, who said he was not allowed to meet her while she was detained, described the detention as 'an act of harassment'.

The perils faced by lawyers in Pakistan are the focus of this year's day of the endangered lawyer, which will be marked by European bar associations on Friday. A report published for the event, on 'the struggle to protect Pakistani lawyers, especially against Islamic fundamentalism and terrorism', says that least 21 lawyers have been murdered over the past two years. 'The life of an advocate is at risk the moment he or she takes up a case,' the report states.

Perpetrators of violence include terrorists, religious zealots, the police and unreported sources. In one incident, in July last year, 'a lawyer was seriously assaulted by a judge during a trial'.

The report concludes: 'We urge lawyers, bar associations, law societies and NGOs to issue messages of support and solidarity with our Pakistani colleagues as soon as possible. Messages can be sent to the Pakistan Bar Council at info@pakistanbarcouncil.org.'