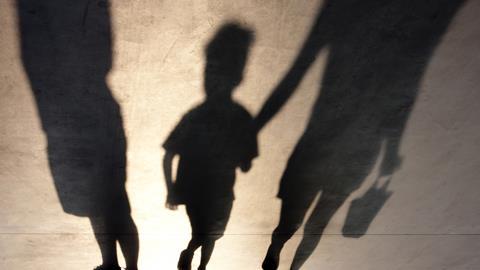 Long-awaited action to regulate the McKenzie friend industry appears to be as distant as ever – as a new case of wrongful advice magnifies the perils of relying on unqualified help.

According to a High Court of Ireland judgment published last month, an English couple brought their child into the country in defiance of an interim care order, claiming they were acting on advice from a McKenzie friend.

Despite having a legal team representing them in various court hearings this year, the couple sought extra advice in April and were told it was not forbidden for them to leave England and Wales with the child. It was only when they received contrary advice from another McKenzie friend, after their arrival in Ireland, that they presented themselves to police.

The parents claimed to believe they could take the 11-month-old child, who was placed with his grandfather, to Ireland, on the ground that the father had ‘parental responsibility’ rights.

The Irish court said they had, at best, ‘reckless disregard’ for English orders. It was ruled there had been a wrongful removal of the child and there was no discretion for anything other than the return of the child to England.

The case comes as HM Judiciary confirmed it is no closer to coming up with proposals for regulating the McKenzie friend industry, which has grown as legal aid cuts leave more litigants seeking cheaper alternatives to qualified lawyers.

The Judicial Executive Board set up a working group in September last year to expand on proposals first aired in February 2016. Campaigners wanted to ban fee recovery by McKenzie friends and sign unqualified advisers to a code of conduct.

A judiciary spokesperson this week confirmed there was no update on plans to regulate the industry, despite repeated calls from the profession to act.

Critics argue that a lack of safeguards or regulations mean vulnerable people seeking legal advice are at the mercy of unqualified people with no right to redress.

Will Richmond-Coggan, chair of the solicitors association of higher court advocates, warned that more and more litigants are being driven by funding pressures to seek out unqualified, unregulated alternatives. 'This causes specific harm to the progression of individual cases, either because litigants pursue unmeritorious claims, or simply because unfamiliarity with procedure causes delays at trial,’ he told the Gazette.

Last month, Sam Elliott, a barrister from One Pump Court, tweeted that a McKenzie friend opponent in the family court was selling standard court forms for £2.99 and charging £75 an hour for 'legal advice' videos that were ‘negligent, plain wrong and breach confidentiality’.

Earlier this year, family lawyer and blogger Lucy Reed said she had been contacted by someone who had spent more than £7,000 on a McKenzie friend at £65 an hour.

The term McKenzie friend was coined in 1970 when defence solicitor Jeffrey Gordon worked on a divorce case representing his client Levine McKenzie. McKenzie had his legal aid withdrawn and Gordon offered to represent him free of charge. He asked Australian barrister Ian Hanger, who was not qualified to practise in the UK, to attend court as 'McKenzie's friend'.