A national firm is considering a potential class action on behalf of parents facing uncertain rules over term-time holidays.

Education lawyers at Simpson Millar say there are grounds for future legal challenges by thousands of parents facing fines for taking their children out of school for term-time holidays.

Earlier this month, Isle of Wight father lost his battle at the Supreme Court to challenge a fine, having been successful in both the magistrates’ court and the High Court.

Judges ruled that parents cannot take children on term-time holidays without schools’ authorisation, but Simpson Millar says many local authorities had already changed their approach prior to the decision. 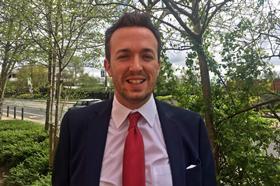 Solicitor and mediator Patrick Campbell (pictured) said his firm has been contacted by a number of parents since the Supreme Court ruling and is considering group litigation on their behalf.

Campbell explained: ‘During the Platt case against Isle of Wight Council, and the subsequent appeals by the council, as many as 28 education authorities relaxed their truancy policy – despite explicit requests from central government not to do so – with several telling parents they would not be prosecuted as long as the child’s attendance was above a given threshold.

‘Now those authorities are likely to be reviewing their policies to reflect the Supreme Court ruling, meaning parents who were told last year that they could book term-time holidays, may now be prosecuted for taking them.’

Samantha Hale, associate solicitor, said the firm will be keeping a close eye on amendments that local authorities and schools are likely to now make to their non-attendance policies.

Platt was fined £60 but did not pay the fine by the initial deadline, meaning the local authority doubled his penalty to £120.

When he refused to pay the second fine he was prosecuted on the basis of an alleged failure to secure regular attendance. The council said this was in breach of the 1996 Education Act.