The Law Society has welcomed the lapse of a planned hike in probate fees as a result of parliament being suspended.

Fees would have risen from the fixed amounts of £215, or £155 with a solicitor, to a sliding scale of up to £6,000 depending on the size of the estate. Society president Simon Davis said asking larger estates to pay more 'would have upped the level of inheritance tax by the back door'.

The motion to approve the Non-Contentious Probate (Fees) Order had been scheduled for a vote in the House of Commons since February. However, the prorogation of parliament, which began on Tuesday, means the motion falls away.

Chancery Lane will fight its introduction should the government decide to reintroduce the order in the next parliamentary session. 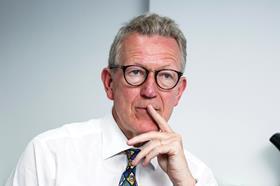 Davis said: 'It is inherently unfair to expect the bereaved to fund other parts of the courts and tribunal service, particularly in circumstances where they have no other option but to apply for probate. Should the order be reintroduced, we will continue to campaign against its introduction. This is a tax on grief.'

Meanwhile, the Society met HM Courts & Tribunals this week to discuss concerns over probate delays. Chancery Lane was told that HMCTS is receiving 700-800 applications a day and for the bulk of work, delays are around six to seven weeks.

HMCTS upped resources by 20% initially to deal with an increase in applications and transfer paper applications into the new system. The challenge now is over quality assurance and the final issue of grant stage.

The Society said: 'HMCTS have processed 98,000 grants since April this year and have a backlog of applications from March. These need to be dealt with by people who have the appropriate skill/experience. They have brought in an additional three legal advisers to support the quality assurance work, with a further twenty legal advisers volunteering to do overtime. HMCTS believe this combined effort should help with getting through the backlogs.'

An online service for legal professionals is currently being tested, which could be available for all practitioners by the end of October. Once registered, each organisation will have a single login and application details will be uploaded within 24 hours.

The Society said the new service should improve speed but cautioned that it could result in another surge of applications.